An expert guide to the life of John McDouall Stuart, Scottish explorer June 2016 marked the 150th anniversary of the death of explorer John McDouall Stuart (1815-1866).  In 1861-62, he crossed the Australian continent from south to north, passing through the centre and returning safely along the same route. His experience, and the care he showed for his team, ensured he never lost a man, despite the harshness of the country he encountered. And yet, in his native Scotland, he is hardly known at all.

John was born in Dysart, a once important commercial port in Fife. He attended the Scottish Naval and Military Academy, graduating as a Civil Engineer, before leaving by ship for Australia in 1838 aged 23. 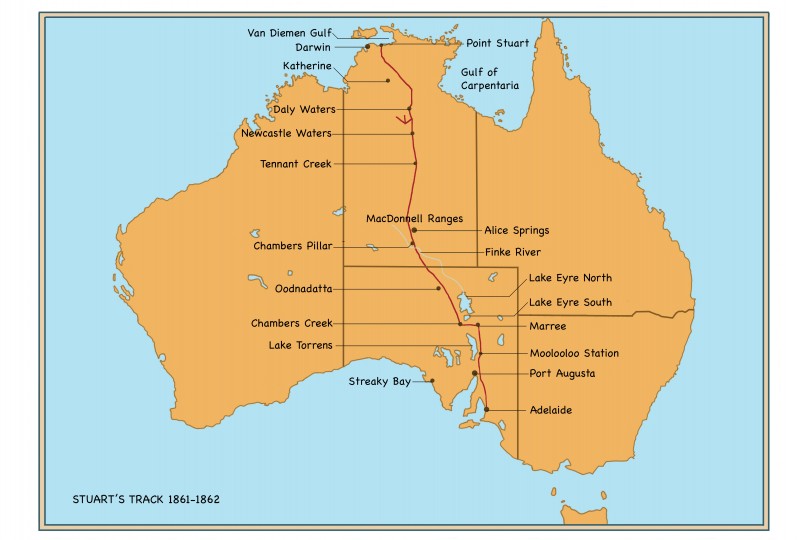 In January 1839 Stuart arrived in the three-year-old frontier colony of South Australia, at that time little more than a single crowded outpost of tents and wooden huts, and soon found employment with the colony's Surveyor General. At the time of Stuart’s arrival, the local administration of the colony was in turmoil but within a few months explorer Captain Charles Sturt was appointed Surveyor-General and re-established the Survey Department, making conditions and equipment more adequate for his men.

In 1844, when Captain Sturt embarked on an expedition into the arid interior, he engaged John McDouall Stuart as a draughtsman. This epic journey saw Sturt reach a point closer to the centre of the continent than any other recorded European.  It was Sturt’s final expedition, but John McDouall Stuart gained valuable experience and a thirst for further adventure. 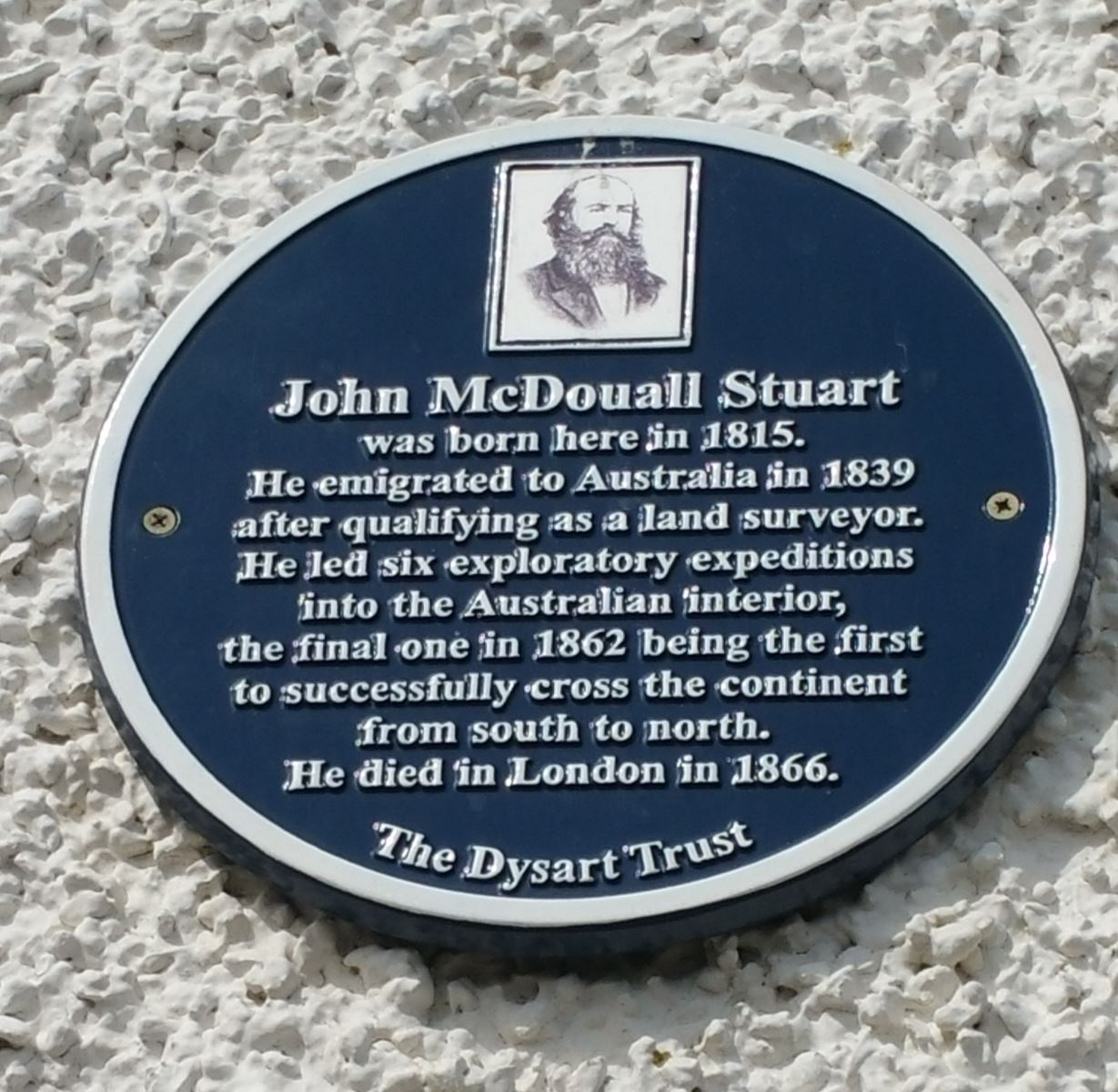 The vital phase of John McDouall Stuart's career began when he embarked as leader on the first of six expeditions into the interior on 14 May 1858.  He set out with two companions, half a dozen horses and rations for six weeks. Most notably, on this expedition, he found an isolated chain of semi-permanent waterholes which he named ‘Chambers' Creek’ (now called ‘Stuart Creek’) in the arid region south west of Lake Eyre. It later became crucially important as a staging post for expeditions to the centre of the continent.  This expedition established Stuart's reputation as an explorer of outstanding ability and brought him the award of a gold watch from the Royal Geographical Society, London.

Stuart made four further expeditions, exploring the Australian interior, before embarking on what was to be his last expedition on 23 October 1861. This time the party comprised 10 men and 71 horses.  The party made good time to Newcastle Waters, where they rested for a week before Stuart led a scouting party north, finding good water for the main body to move up to.

The next stage, however, proved more difficult as five times Stuart and his scouts tried unsuccessfully to find a route towards Victoria River. Finally, on 24 July 1862, Stuart reached the beach at Chambers Bay (east of present-day Darwin). He and his companions had crossed the continent, but the effort had taken its toll.  Many years of hard conditions combined with malnutrition, scurvy and other illnesses meant that he spent some of the return journey being carried on a litter between two horses. He prepared his diaries for publication and returned to Britain, where he died in London two years later, aged 50. 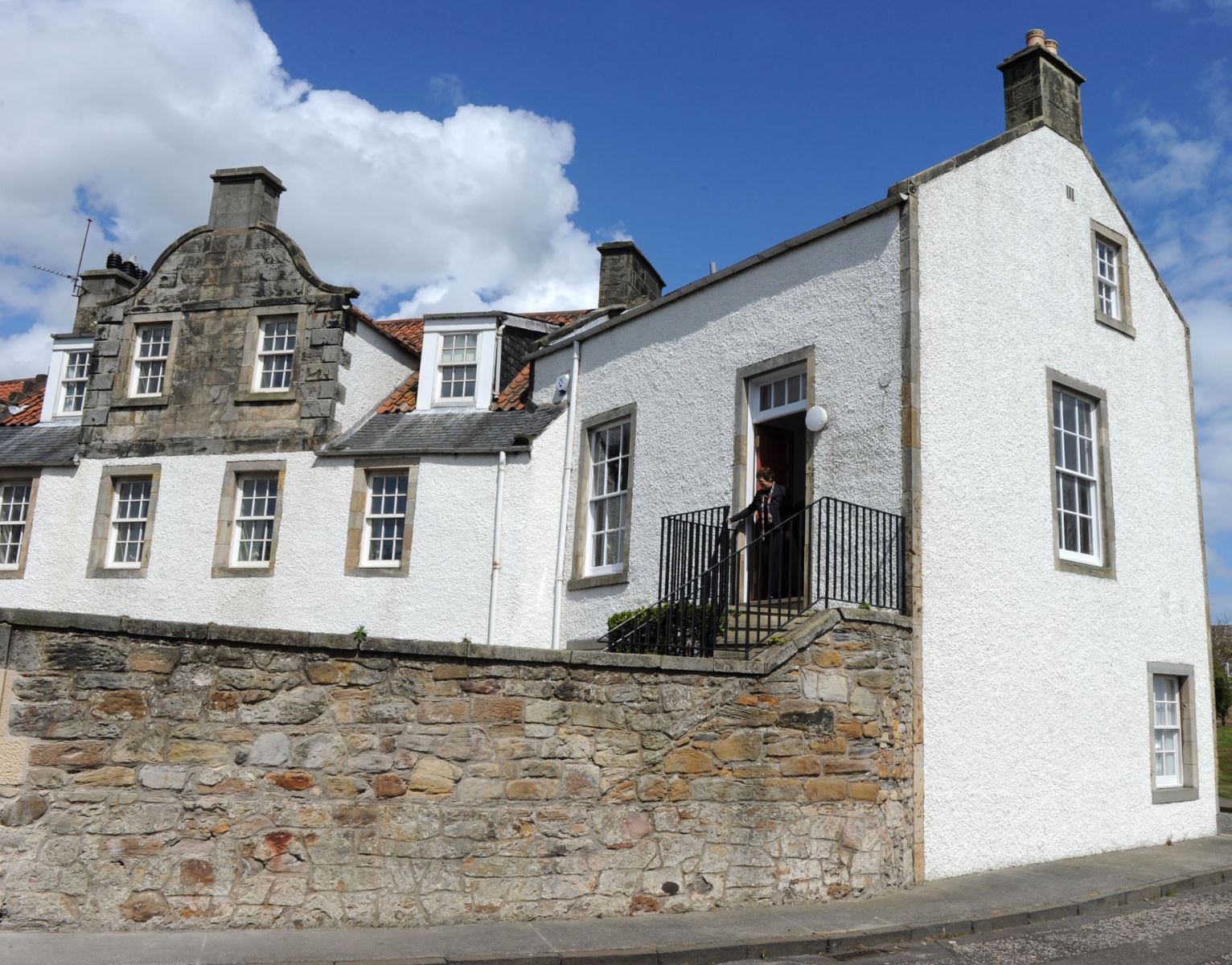 Today, John McDouall Stuart's name is perpetuated by the Stuart Highway linking Adelaide to Darwin, as well as many geographical features named in his honour, and statues and plaques throughout South Australia and the Northern Territory.  Back where it all began, in Dysart, his former home (right) has been converted into a holiday apartment run by Fife Historic Buildings Trust where visitors can gaze out over the seas that first inspired the Scot who unlocked Australia’s centre.

Text originally published on History Scotland in June 2016. Reviewed May 2022.