Reconstruction of a Scottish 'witch'

Researchers at the University of Dundee have recreated the face of an 18th-century 'witch' who died in jail before she could be burned for her 'crimes'.

Researchers at the University of Dundee have recreated the face of an 18th-century 'witch' who died in jail before she could be burned for her 'crimes'.

Lilias Adie, from Torryburn, Fife, died in 1704 while held in prison for her "confessed" crimes of being a witch and having sex with the devil.

BBC Radio Scotland's Time Travels programme has now unmasked her face by working with a forensic artist at the Centre for Anatomy and Human Identification at the University of Dundee.

The team believes it is likely to be the only accurate likeness of a Scottish "witch" in existence as most were burned, destroying any hope of reconstructing their faces from skulls.

Presenter Susan Morrison said: "It was a truly eerie moment when the face of Lilias suddenly appeared. Here was the face of a woman you could have a chat with, though knowing her story it was a wee bit difficult to look her in the eye."

Creating the 3D visual scuplture of a 'witch'

Dr Christopher Rynn, who carried out the work using state-of-the-art 3D virtual sculpture, said: "When the reconstruction is up to the skin layer, it's a bit like meeting somebody and they begin to remind you of people you know, as you're tweaking the facial expression and adding photographic textures.

"There was nothing in Lilias' story that suggested to me that nowadays she would be considered as anything other than a victim of horrible circumstances, so I saw no reason to pull the face into an unpleasant or mean expression and she ended up having quite a kind face, quite naturally." 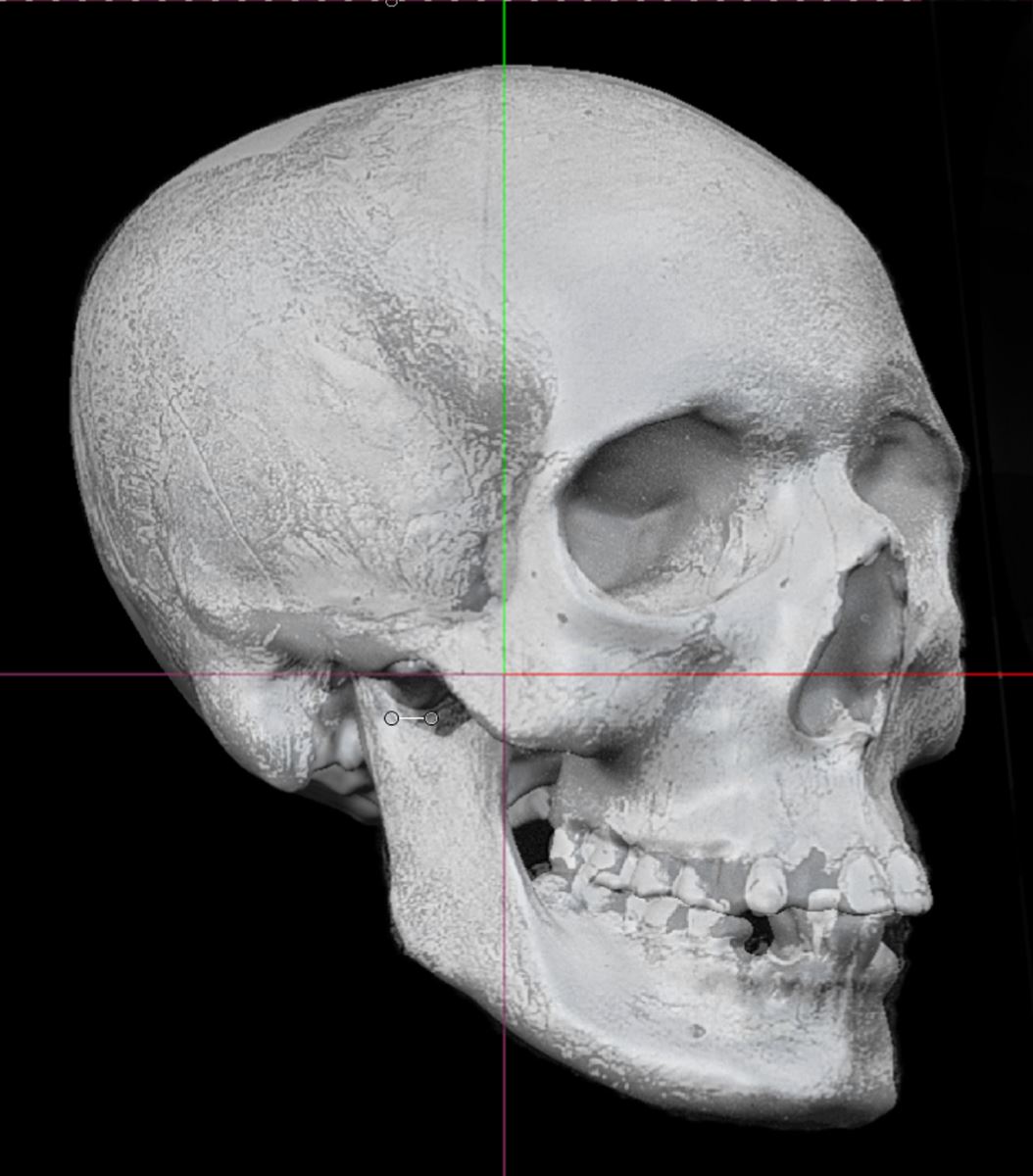 The fate of the 'witch'

Ms Adie had been sentenced to be burned to death but died in prison beforehand, with one theory being she committed suicide. Her remains were buried on the beach between the low and the high tide marks under a large stone. Locals had sought to weigh down Ms Adie in her grave, perhaps to prevent her coming back to haunt them.

By the 19th century, scientific curiosity outweighed zombie fears and some antiquarians dug up Ms Adie's remains to study and display. Her skull eventually went to the St Andrews University Museum, where it was photographed more than 100 years ago.

It then went missing at some point in the 20th century but the images remain and are held by the National Library of Scotland.

The records of her accusers paint a picture of a woman, possibly in her 60s, who may have been frail for some time, with failing eyesight. They also suggest a woman who showed courage in holding off her accusers and their demands for the names of others to interrogate and kill.

Programme historian Louise Yeoman added: "I think she was a very clever and inventive person. The point of the interrogation and its cruelties was to get names.

"Lilias said that she couldn't give the names of other women at the witches' gatherings as they were masked like gentlewomen. She only gave names which were already known and kept up coming up with good reasons for not identifying other women for this horrendous treatment - despite the fact it would probably mean there was no let-up for her.

"It's sad to think her neighbours expected some terrifying monster when she was actually an innocent person who'd suffered terribly. The only thing that's monstrous here is the miscarriage of justice."

The Halloween Time Travels special aired on 31 October 2017 and at the time of writing is available on iPlayer Radio.