The Roman conquest of Britain began when the Emperor Claudius brought over his Legions from the shores of France (Gaul) to begin the takeover of the island in AD 43. What the Romans had hoped to achieve in a short space of time ended up taking much longer than anyone had foreseen as they met with strong resistance and rebellion, particularly when they reached Wales and the north of England.

This warfare was to tie down and delay the Roman Legions for a number of decades and it was not until the coming to Britannia of the new governor, Julius Agricola, the Roman army penetrated into the north of the island, what we call today Scotland.

The career of Gnaeus Julius Agricola

Gnaeus Julius Agricola had by this time become a very experienced and capable military commander. He had gained a wide knowledge of the province of Britain, having served in Britain during the revolt in AD 60 of Boudicca and her Iceni warriors.

He had also previously served as a military tribune and was an officer in at least two legions.  His early years were taken up in campaigns fighting in Wales and then against the Brigantes tribe who were located in the north of England and whose territory was well spaced out in this region.

Agricola continued to push his legions and auxilaries forward and so by the year AD 80 he had invaded deep into southern Scotland, setting up a number of forts along his line of advance until he reached the isthmus of the Clyde and Forth. Later many of these forts were probably to be incorporated into what was the Antonine Wall.  Later he took the army  up the route of the east coast of Scotland, reaching the River Tay. 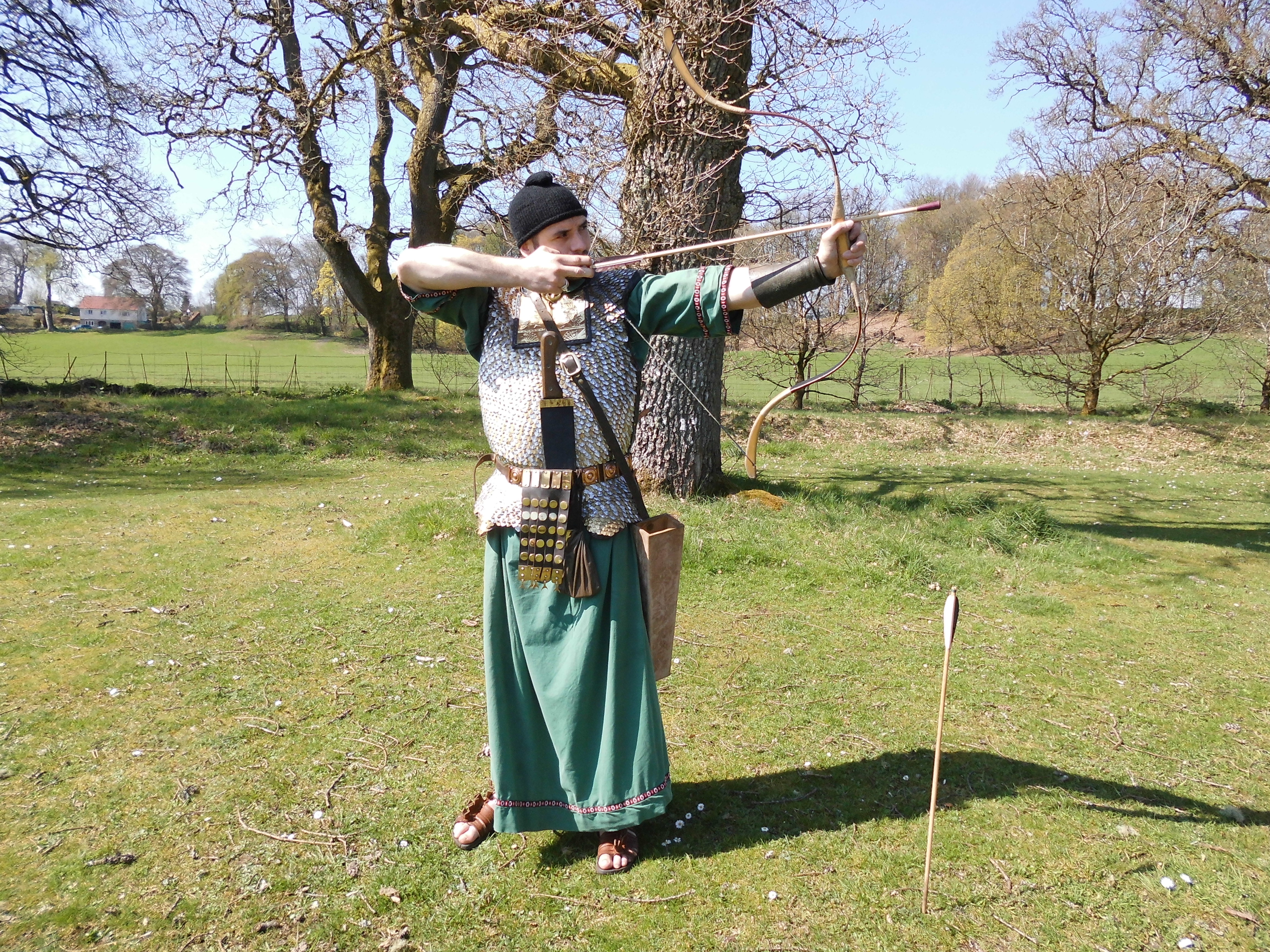 By the year AD 83 Agricola had left the areas of southern Scotland which he considered no longer a serious threat and was ready to advance once more into the northern part of Britain to subdue the tribes known together as the Caledonians. These warriors were an amalgamation of the various tribes of the north with no one leader, but had agreed among themselves to band together under a warrior chief named Calgacus to fight the Roman forces invading their grounds.

This continued advance north by the Romans provoked great concern among those northern tribes who thought that they would be completely surrounded should this large army of Agricola divide itself up. We have to rely for much of what happened on the words of the Roman historian Tacitus, who had married into the family of Agricola.

Eventually the two armies met in AD 83 at the site of what was to become one of the most famous battles ever to be fought upon British soil between the Caledonians and the Romans.

This was fought at the site in northern Aberdeenshire at a range of hills know as Bennachie. This is quite a distinctive hill range as it has some four peaks which makes it most easily distinguishable, also at that period there was a large hill fort named “Mither Tap” on the top.

These factors then made it a most ideal location for both the Caledonian tribes to muster together, bringing them from many parts then of northern Scotland. For the Roman forces it was also perhaps a ideal place to meet these troublesome warriors of Calgacus.

Tacitus tells us that the Roman forces consisted both of large numbers of auxilaries as well as legionaries, probably from the XXth Valerie Victrix, and mounted cavalry. The historian says that the tribes numbered probably around 30,000 while the Romans of Agricola were about 20,000 plus. The Roman army had established what was found during archaeological  excavations in the 1970s the remains of a very large fort at Durno, this being also protected upon its south side by the River Urie. This in turn gave Agricola and his army protection from the mustering warriors of the Caledonians.

While the actual site of this famous battle has yet to be established, what we know is that some of the Caledonians had taken up positions along the higher slopes, while others were lower down the hillside. They also were supported by chariots, but these were only used by the chiefs or wealthy nobles. At some point both chariots and warriors came down to face the auxiliary soldiers coming towards them with shields and short stabbings swords withdrawn.

The Romans were used to chariots by this time and allowed gaps to be made into which the chariots were drawn and then surrounded, they also used the Roman cavalry to cover their flanks and help route the chariots. Such was the large number of slain bodies who lay at the front that the Caledonians could no longer safely engage and as they suffered more and more casualties, they began to run from the field and disperse among the trees being followed by the Roman cavalry as well as infantry until the Romans were assured of victory.

Following the battle, Agricola ordered the ships of the patrolling Roam Imperial Navy to sail round the shores of Britain to prove that it was indeed an island. Ironically it was following this battle at Mons Graupius that he was recalled to Rome, but he can be given the credit that he was also the first person known to have proved Britain an island by circumnavigation. This will also be remembered as the period when the power of Rome was at its greatest expansion over Britain.

By the year AD 84, Agricola was back in Rome having served what was a very unusual term of governor being that of eight years as against the normal office term of four years. He was then awarded a triumph with all its decorations and also of having a statue raised in his honour. Despite his vast experience both in civil posts as well as his vast military experience he never again held a high office of state.

In AD 93 Gnaeus Julius Agricola died while living on his family estate in Gallia Narbonensis in France aged just 53, while the historian Tacitus who was also his biographer continued into his retirement and died at the age of 93 years.  It is also thanks to Tacitus that we have such information about this famous Governor of Britain and his exploits to bring peace and the social benefits of Romanisation to the island of Britain. Agricola will live on as one of the leading great Roman Generals.

A History of Roman Britain by Sheppard Frere 1987