Remember the man, not the myth: Debunking the cult of Churchill. Part 1 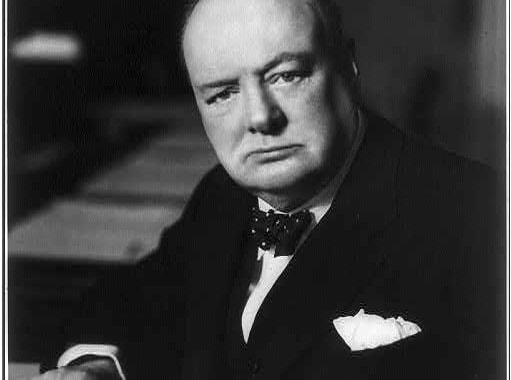 “Alas, poor Yorick! I knew him, Horatio; a fellow of infinite jest, of most excellent fancy; he hath borne me on his back a thousand times; and now, how abhorred in my imagination it is! My gorge rises at it. Here hung those lips that I have kissed I know not how oft. Where be your gibes now? Your gambols? Your songs? Your flashes of merriment, that were wont to set the table on a roar?”

When I worked in a bookshop some years ago, an elderly German customer remarked how Great Britain was obsessed with World War II. He had a point. That year alone World War II book titles had made up 30 percent of Edinburgh sales in three different branches. The pattern was consistent, if not higher, across the UK.

Still to this day, if you enter any bookshop in the country the stalwart speciality in the history section is the life and times of Sir Winston Churchill. So prolific is the literature on the man that you can also find books about him in architecture, fiction, psychology, humour, business and even the art and fashion departments (and more after that). Shelves are squeezed tight to house titles on every facet of Churchill's leadership and character, and the flow of new books about him is unlikely to stop.

From a commercial viewpoint, the books are golden. A plenitude of authors regularly release new titles, and they never stop selling all year-round. Most, however, are rehashes: few offer new material, only a fresh take or a refined focus. Contemporary titles on Churchill tend to exhaustively explore a single angle such as Winston Churchill in British Art by Jonathan Black; Churchill and Orwell: The Fight for Freedom by Thomas E Ricks and Churchill's Cigar by Stephen McGinty.
Churchill titles are seldom boring, but there is a definite trend of moving subjects moving horizontally rather than upward. The diversification shows no sign of abating and now even includes forays into romanticised fiction such as Mr Chartwell by Rebecca Hall. Only a handful of titles, like Churchill and the Islamic World by Warren Dockter and Winston Churchill: Portrait of an Unquiet Mind by Andrew Norman, make serious efforts to glean new insight. 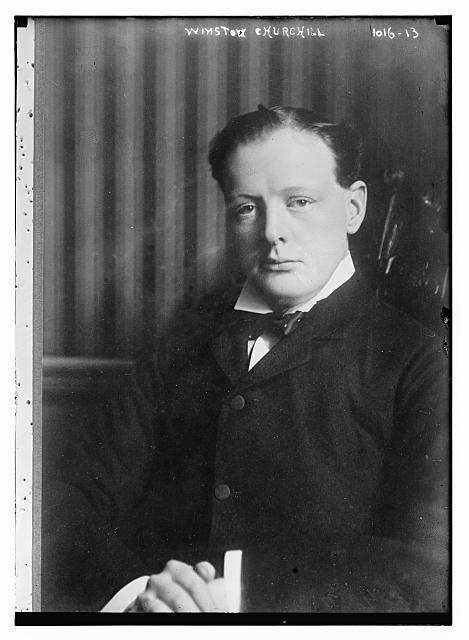 For all the diversity of choice, there are only a finite number of primary sources available on Churchill. First-hand accounts, documents, letters, logs, memoranda and diaries about the man have all been archived and chronicled over the last 50 years. Browse the index of any new Churchill book, and the same sources line the pages. Less authoritative titles have even taken to just citing other authors' books on the man rather than committing to genuine research.

Whilst it's a precious thing that Churchill has remained so evocatively alive in the public consciousness, the commercial demand for 'new' titles about him has overridden an interest in the source material.

Consumers demand a fresh take in one volume and don't want dusty tomes or ragged diaries for Christmas. Even if they did, most primary accounts were last produced 30 or 40 years ago and are now out of print, available now and again on the Amazon marketplace or research libraries and museums.

Perhaps, too, it's the belief that decades-old material is inaccessible for those with only a passing interest. Nevertheless, viewing history as an unassailable wall denies readers an invaluable opportunity to form their own opinions from a jigsaw of sources.

It's a vicious circle. A lack of public interest in primary sources means they'll never be mass produced or republished at all, while single volume biographies perpetuate a limited understanding of Churchill ripe for manipulation.

A cult of Churchill?

The streamlining of a 90-year life has also allowed, as author Christopher Hitchens argued, a cult of Churchill to emerge which distils his experience into a series of amusing anecdotes and vignettes and discards the worst of his legacy.

The most guilty culprit is the peculiarly foreign, predominantly American, obsession with diluting Churchill into an endorsement for present-day political opinions: defiance against the odds; steadfastness; determination and fighting to the end in the face of inevitable death (continue ad nauseum).

The cliches stack highest against George W. Bush. The President not only had a bust of Churchill in the Oval Office, but he deliberately modelled his wartime leadership style after 9/11 on Churchill. As a warning against oversimplifying Churchill, Bush ignored the dangers of amateur strategic oversight. The 1st Duke of Marlborough Winston Churchill was not, and he had the intensity of character and knowledge of history to temper his more bombastic instincts for grand strategy.

Conversely, President Barack Obama earned the ire of Bush and Churchill acolytes by having the bust removed from the Oval Office, although another one remained in the White House residence (it was incidentally replaced by a bust of Dr Martin Luther King Jr.).

Inspiration from Churchill in a distilled, populist form promotes a false credence to virtues Churchill had, but very much in a tapestry of character prone to fallibility. President Bush might have taken up painting after reading Churchill's essay 'Painting as a Pastime', but he also made a case for war in Iraq in parallel to Churchill's warnings about Nazi Germany in the 1930s. In his remarks at the "Churchill and the Great Republic" Exhibit in 2004, there was a casual juxtaposition of impossibly different eras for political ends.

For the British public, Churchill is a background staple of their history who happens to be comedy gold, too. Most can recount at least one Churchill story, even if many are just hearsay. One of the most familiar is recalled by the former Duchess of Marlborough, Consuelo Vanderbilt Balsan, in her biography The Glitter and the Gold:

Lady Astor: Winston, if you were my husband I'd poison your coffee.

Churchill: Madam, if you were my wife, I'd drink it!

Churchill was a hilarious man whose self-depreciation is wonderfully documented and is sadly missing in today's public life. Countless books have compiled Churchill's impish humour, pithy put-downs and perfectly timed comic relief; quite literally when he urinated on the Siegfried Line in 1945 with a “childish grin” of satisfaction according to Field Marshal Alan Brooke’s diaries. Humour is an integral part of his enduring appreciation, and Churchill rightly joins Oscar Wilde and William Shakespeare with unrivalled popular quoting power. 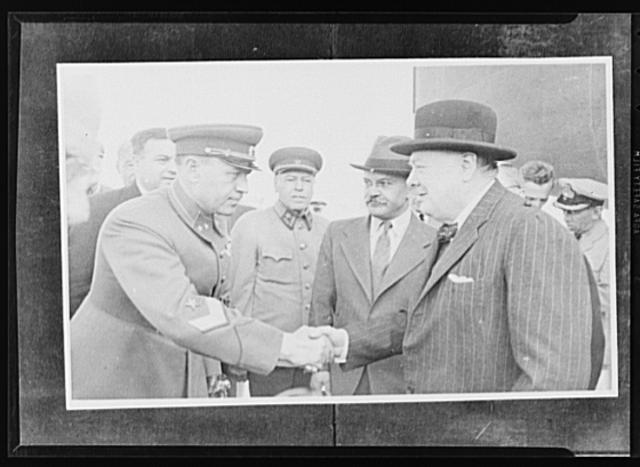 Much like Churchill's war leadership, however, his humour is prone to distortion by those who attempt to do homage. Churchill's passing into the popular consciousness of the English-speaking world has watered down to a fashionable collection of after-dinner chuckles.

The redacted personality of the man and his wartime disposition are conflated because he was our unlikely saviour: an overweight, cigar-chomping maverick old enough to take the old age pension who looked, in his own words, like a baby. The rest, the detail - the life, is lost to academics.

As Andrew Roberts argues in his book, Hitler and Churchill: The Secrets of Leadership, the cult of Churchill is so prevalent because, even after 70 years, there has never been another colossal example like the struggle of the Second World War.  As Churchill carried the weight of his responsibility with such a deluge of humanity, we tend to ignore that he was riddled with contradictions and had a catalogue of mistakes to his name.

The omission is compounded when we consider that Churchill's primary adversary lacked any recognisable humanity. As Roberts argues, Churchill and Hitler were opposite to each other to such extremes that their enmity seemed preordained or at least inevitable. Hitler, joyless and vegan, murdered his foes, dismissed his friends and demanded perfection in action and race. Churchill indulged eccentricity, enjoyed the company of rogues, possessed titanic appetites for food and drink, was immensely loyal to his friends and respected his enemies. Hitler's only positive legacy was to provoke Great Britain into finding a champion who could defend and rise to the challenge of industrial malice and cruelty.

All of this makes challenging Churchill unfashionable, and his errors merely blips to be forgotten in the long shadow of his success. How then do we move away from the anecdotal mythologising to give readers a 360-degree perspective of a 90-year lifetime?

The key is to triangulate Churchill by examining the first-hand political and military reflections, personal reminisces and those standout volumes which have provided an exceptional and unique analysis of him. They are numerous, but not inexhaustible, and remain an immensely precious commodity which have formed our most basic conceptions of a man who died in 1965 and won his greatest victory 20 years before that. And they deserve to be known.

Alastair will be continuing this series next month, examining the best sources to understand the military and political character of Winston Churchill.

Official pictures of meeting of Stalin, Churchill, Harriman. These are the first official pictures released in the United States of the recent meetings of Premier I.V. Stalin, Union of Soviet Socialist Republics; Prime Minister Winston Churchill of Britain; and W. Averrell Harriman, representing President Roosevelt. The three men met in the middle of August, 1942, at the request of the Soviet leader, and held a series of conversations concerned with the future conduct of the war (copyright Library of Congress, reproduction number LC-USE613-D-005938