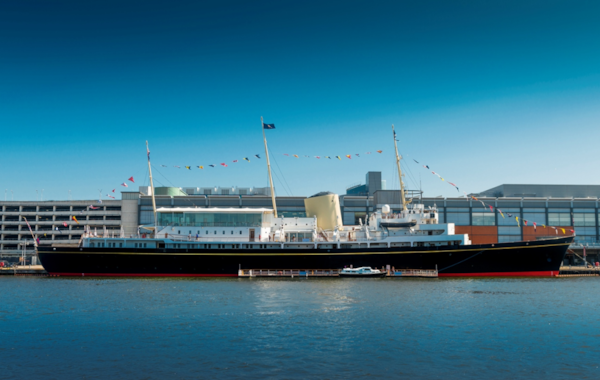 1. Britannia travelled over 1,000,000 nautical miles around the globe.

2. The vessel spans over 412 feet in length and bears no rivet marks or name on her side.

3. Britannia was the only vessel in the Royal Navy to have a 24-hour laundry with its own crew. Up to 600 shirts alone could pass through the washers and dryers in one day.

4. Britannia was designed to be converted into a hospital ship during times of war. Although never used in this capacity, she did successfully evacuate over 1,000 refugees from war-torn Aden in 1986.

5. ‘Wombat Tennis’ was a favourite game played by Officers in the Wardroom. The game began when the ‘ball’, a soft wombat toy gifted to the Officers by one of The Queen’s ladies-in-waiting, was thrown up at the ceiling fan and batted from one side of the room to the other.

6. Instead of the traditional champagne, a bottle of Empire wine was smashed against Britannia's hull at her launch on April 16,1953. Champagne was considered too extravagant in post-war Britain.

7. As a Ship of State, the Royal Yacht has three masts. Hidden beneath the base of each are a number of coins which were placed there in 1953 as payment to the angels to guard the souls of the sailors.

8. There was a special cold room called the ‘Jelly Room’, where the Royal children’s jellies were stored.

9. All the clocks on board remain stopped at 3:01pm, the exact time The Queen was piped ashore for the last time.

10. State banquets were set with 56 places. It took around three hours to complete. The position of every knife, fork and spoon was measured meticulously with a ruler. The tradition continues today for private functions held on board.

The Royal Yacht Britannia was home to Her Majesty The Queen and the Royal Family for over forty years, sailing more than 1,000,000 miles around the world. Now berthed in Edinburgh, you can follow in the footsteps of royalty to discover the heart and soul of this most special of Royal residences.