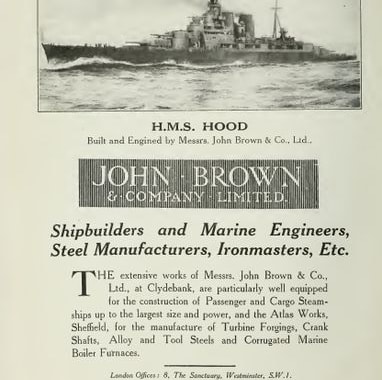 To read about the launch of the Royal Yacht Britannia at John Browns Shipyard in Clydebank, click here.