Library of Adam Smith books catalogued for the first time A magnificent collection of books that belonged to one of the western world’s most influential thinkers has been reassembled to make it more accessible to scholars.

A magnificent collection of books that belonged to one of the western world’s most influential thinkers has been reassembled to make it more accessible to scholars.

The hundreds of volumes amassed by Scottish philosopher and economist Adam Smith – held in the University of Edinburgh’s Main Library – offer fascinating insights into the writing that shaped his ideas. Smith, one of the leading lights of the Scottish Enlightenment, is revered around the world for his landmark text of 1776, An Inquiry into the Nature and Causes of the Wealth of Nations.

The library of 850 books, contained in 1600 volumes, has recently been fully catalogued online for the first time. Now students, researchers and the wider public can access detailed online descriptions of the books, which have been brought together to form a single collection that provides a sense of Smith’s interests. 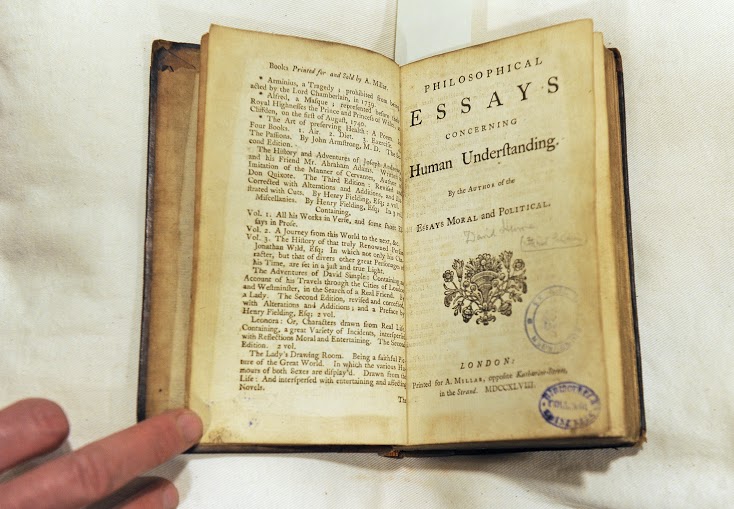 The University holds about half of Smith’s original library. The collection is, unsurprisingly, strong in politics, economics, law and history, but also contains many literary works, particularly French literature, and books on architecture and mathematics.

The condition of the volumes is generally good and there are numerous examples of fine bindings from the 18th century and earlier. Highlights include a first edition of De revolutionibus by the mathematician and astronomer Nicolaus Copernicus from 1543.