Mary Queen of Scots depicted as a mermaid

‘What then are we to make of Mary? There can be no doubt of her failure as a ruler’. So wrote the late, great Scottish historian, Jenny Wormald, nearly thirty years ago. But in the years since there have been many that disagreed with her, while Mary’s enduring popularity on stage, screen, print and online forums indicates a seemingly undimmed public fascination with the lady herself, her reign, and her disastrous, ultimately tragic downfall.

MORE: Was Mary's responsible for her husband's murder?

This year, 2017, the Mary-related production line is churning out at least one major play, ‘Glory on Earth’; a Hollywood blockbuster film; an independent dark comedy during the Edinburgh Festival, as well as a concert with newly composed music inspired by her life; and a festival in Kinross dedicated wholly to the ill-fated queen with jousting, music and dance.

No doubt there will be an outburst of popular publishing to accompany the film, but first off the blocks is a republication of Wormald’s incisive study that brought the whole of her extensive scholarly work in Scottish history to bear upon a new understanding of Mary Queen of Scots as monarch.

You might ask why yet another tome on Mary is needed? Quite simply, the debate over her reign and life continues. Scholarship remains deeply divided, though most popular accounts of her are romantically sympathetic. 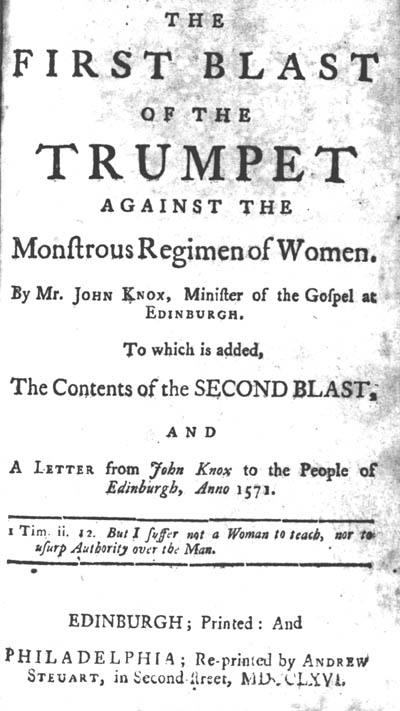 Part of the problem is that arguments have been over-personalised in the figure of Mary herself, typified as religious martyr, wicked adulteress, or innocent victim, in the debate over her ‘guilt’ or otherwise in her second husband Lord Darnley’s murder, and her relationship with the earl of Bothwell. Was she the author of the ‘Casket Letters’ or not? Innocence or guilt in these have overshadowed work on whether she was an effective monarch, particularly in her personal rule (1561 to 1567) following her return from France, and until her forced abdication.

Innocence or guilt in her personal affairs has been often read as ‘good’ or ‘bad’ ruler, where the two are not necessarily linked. It could indeed be argued that complicity in her husband’s murder was probably a sensible thing for an early modern ruler to do, when that husband was actively plotting to undermine her. Machiavelli would have approved.

Wormald’s work remains a key text, particularly in her preoccupation with Mary’s actions as monarch during her personal rule – and detaching this from the guilty adulteress/innocent martyr debate. She also insisted on understanding that reign within its longer term and Scottish contexts, of Mary’s place in a line of relatively successful Stewart kings – and the ways in which they governed, the political and social structures available for them to assert royal power. Measured against them, especially her father James V, and her son, the very effective James VI, Wormald found Mary lacking.

Another of her major criticisms was of Mary’s failure to defend her own religion, Catholicism, in a kingdom in which the Protestant Reformation was a recent and fragile fledgling. Thanks to Wormald, the historical debate over Mary was reframed within those Scottish contexts, and away from over-concentration on the drama of her life. And whether you agreed or not with her interpretation, no one could write it like Jenny.

Mary Queen of Scots: A Study in Failure by Jenny Wormald with a new Foreword and Afterword by Anna Groundwater is published by John Donald (£14.99, paperback)

Images: John Knox’s First Blast of the Trumpet against the Monstrous Regiment of Women; The placard depicting Mary as a mermaid, and linking her with the earl of Bothwell (as the hare), in the murder of her husband Lord Darnley.