Where was Mary Queen of Scots born? 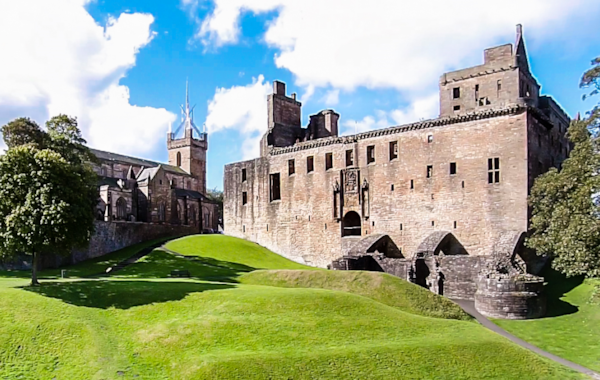 Where was Mary Queen of Scots born? Images

The release of the Universal Pictures movie Mary Queen of Scots has focused a new attention on the life of Mary, Scotland’s queen from 14 December 1542 until her forced abdication on 24 July 1567. For more facts on Mary’s life, click here.

Mary Queen of Scots was born on 8 December 1542 at Linlithgow Palace, a grand palace on the banks of Linlithgow Loch, in the town of Lintlithgow, current-day West Lothian, just fifteen miles west of Edinburgh. Mary was the daughter of the reigning king James V and his wife Mary of Guise, but sadly tragedy hit the family just six days later when James died at Falkland Palace following Scotland’s defeat at the battle of Solway Moss.

At the time of Mary’s babyhood, Linlithgow Palace had been in existence for more than a century, after a huge fire had destroyed a previous building that had stood on the site since the 12thcentury. Mary’s great-grandfather James III and grandfather James IV had made improvements to the palace, and Mary’s father James V was born there on 10 April 1512. It was he who added a grand outer gateway (shown here) and splendid courtyard fountain that still exists today (the fountain operates every Sunday in July and August).

The palace was a favourite with the Stewart monarchs, who used it as an escape from the royal court at Edinburgh, and as a way of breaking the journey between the residences of Edinburgh Castle and Stirling Castle. When the Stewarts stayed here, the palace would have been a splendid and luxurious residence with splendid furnishings, sumptuous wall hangings and the very best food, drink and courtly entertainment.

Today, Linlithgow Palace is cared for by Historic Environment Scotland and is open to visitors throughout the year (closed 25 and 26 December and 1 and 2 January). Find out more at the HES website. The distinctive spire of St Michael’s Parish Church can be seen from the palace and its grounds and it was here that Mary Queen of Scots was baptised.

For more on Mary's life, get the Mary Queen of Scots magazine.