Molly Paterson in the Timber Corps

On the eve of World War Two there was an incredible transformation about to take place in the lives of the young women who signed up for the Women’s Timber Corps.

Timber was critical for Britain’s war effort – but with men away fighting and only seven months’ supply stockpiled, Britain was in trouble.  Reluctantly, the government opened lumber work for women to apply.

Signing up to 'do their bit'

Thousands of teenage women, who were keen to ‘do their bit for the war’ like their brothers, were recruited through the Women’s Land Army to do work in forestry. A mix of university graduates, hairdressers, domestic servants, factory and shop workers signed up.

At the time there was a very strict Victorian attitude to parenting and so joining the merry band of Lumberjills, outside parental control and out in the forests, gave the women a new-found freedom which was very exciting. 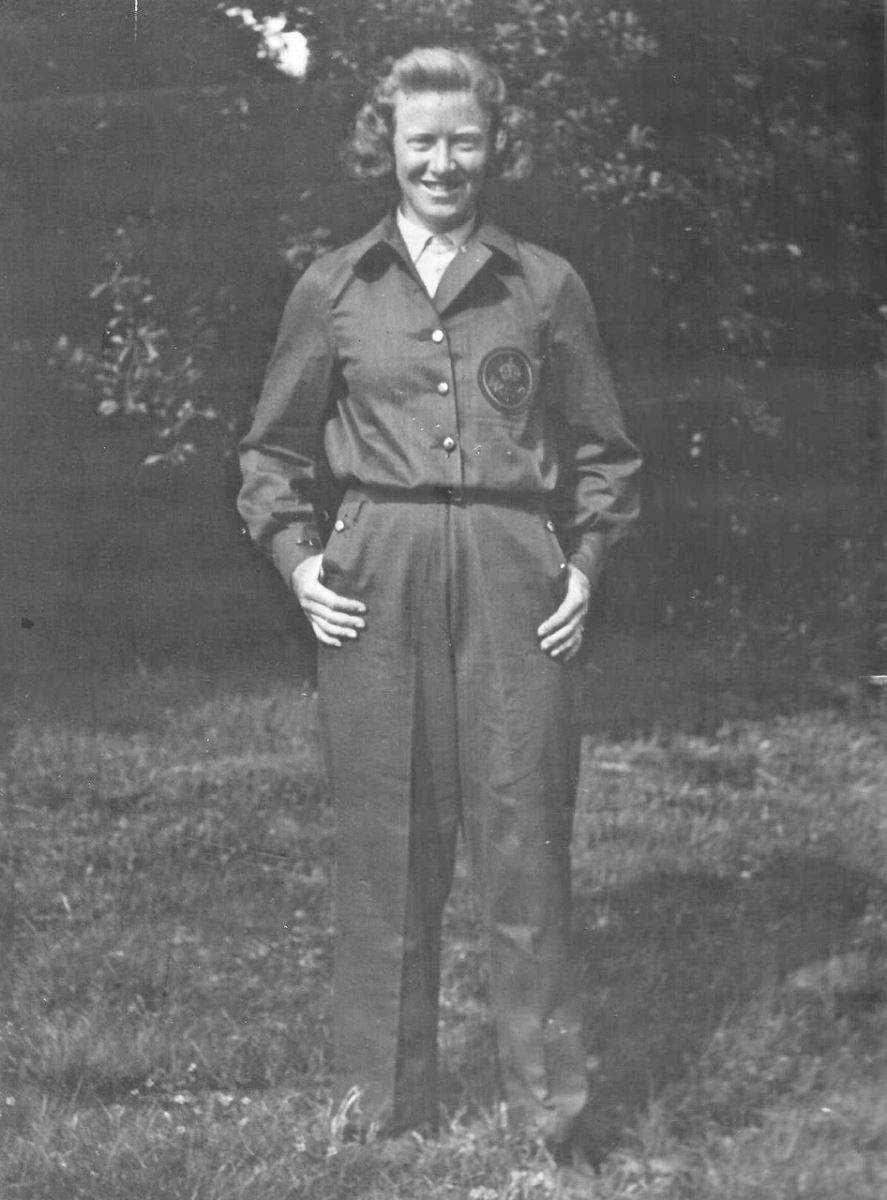 Enid Lenton (pictured) had been working for the railways in Glasgow. But, she hated working in an office, so she went home to help her mother.  She had always been a strong and sporty young woman, played golf and swam competitively; She nearly went to the Olympic games to compete. So for her the chance to work outdoors and use her physical strength was a perfect opportunity to escape domestic chores

Molly Paterson (above) wanted to stay on at school but her mum said she had to go out to work.  So she started as a needlework apprentice in a large department store in Dundee, where she swept the floors, made tea and learnt the stitches.  But an opportunity came up where she could join a group of Lumberjills back home at Ardbrecknish along the banks of Loch Awe in Argyll and Bute.

While there were women working in forestry from the beginning of the war, it ‘was not acceptable to the authorities’ to have an all-female forestry service.

To begin with prejudice against the women was a problem, especially among the older timber merchants. Bella Nolan over heard her foreman doubting their ability to cope with tough work.  So the next day she asked to work a crosscut saw with him. During the day he kept asking if she was tired and wanted to stop and even though she was absolutely exhausted she said “No”.  At the end of the day they had cut down 120 trees.

It was not until May 1942, when the women had proved themselves, that the Women’s Timber Corps was officially set up in Scotland. Hundreds of women were sent to two training centres each month, Shandford Lodge, eight miles from Brechin, and Drum Oak in Aberdeenshire. When they completed their training they were sent to forestry camps at Alness, Strachur, Innerleithen, Dumfries, Alyth, Ethie, private firms and estates.

Some women like Molly Paterson were recruited for being good at mathematics and became measurers, converting lengths and girths of the tree trunks into cubic feet of timber. Enid Lenton was selected to do the very hard work of felling trees with massive cross cut saws and axes and was soon promoted to supervisor and put in charge of forty women.

The timber was pulled out of the forests by horses with chains and dragged to the roads for haulage lorries or loch side for rafting; it could be very dangerous work. There were accidents and some fatalities.

The Scottish Lumberjills were among those to experience the most extreme living conditions. They lived in bothies or wooden huts out in the forests and for most there was no such thing as a water closet or somewhere to wash. So they were very grateful for the opportunity to bathe in a nearby stream. ‘Talk about back to nature! We now knew something of the lifestyle of a cavewoman.'

But in the midst of war, heavy labour and all weathers, the women lived in the forest, made firm friends and had great fun together. For Molly and her friends nothing would keep them from going to dances. She walked two miles to meet her friends, another two miles to Loch Awe where they would clamber into a rowing boat to cross the half mile stretch of water to Taycreggan, walk another mile up the hill to Kilchrenan Village Hall where they would dance from 9pm till 2am. After the dance they had to do it all over again to get home. She said: “I think I must have been pretty fit in those days.”

But the success of the women was undeniable. People commented on the size of their muscles after a month of felling trees and when one girl was asked why she was felling in a snow blizzard she replied: 'We want to show you men that we can do this job.' If it had not been for the Lumberjills the wartime timber targets would not have been met.  During the Second World War more timber was produced from British forests than ever before in history.

The end of war 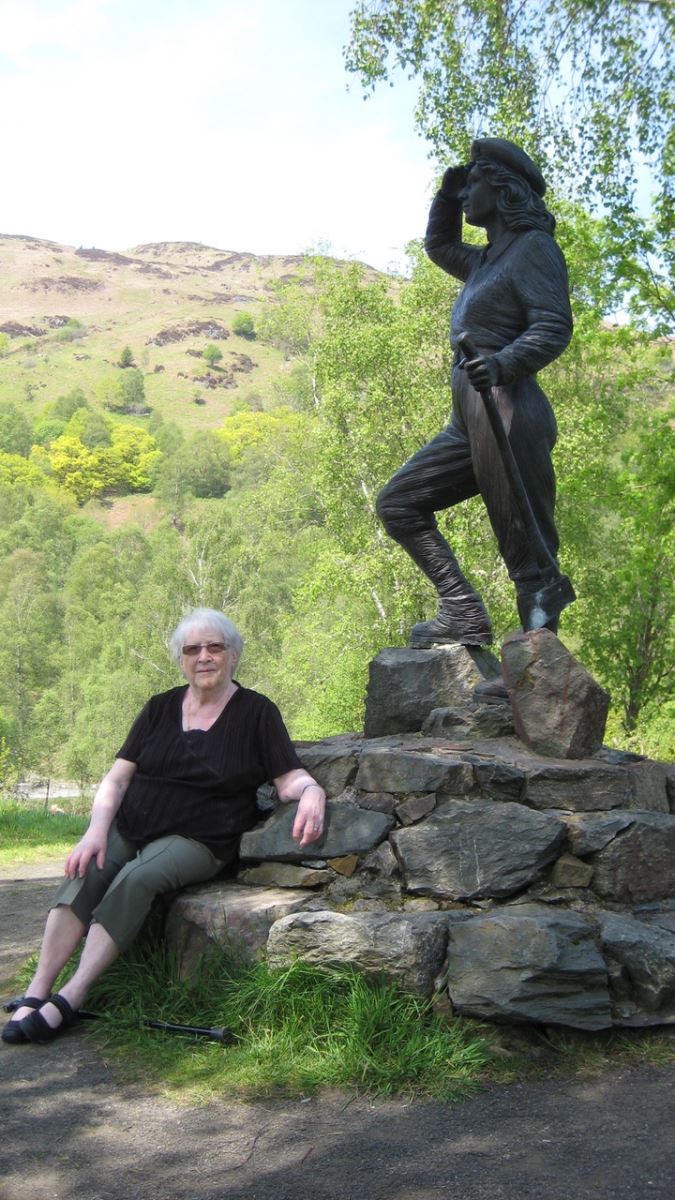 But at the end of the war the women were refused the same grants, gratuities and benefits given to the women in civil defence and armed services. Their jobs were given to prisoners of war, their records were destroyed and they were not allowed to keep their uniforms. The director of the Women’s Land Army and Women’s Timber Corps, Lady Gertrude Denman, resigned in protest. Finally, they were not allowed to take part in Remembrance Day parades because they were not part of the fighting forces.