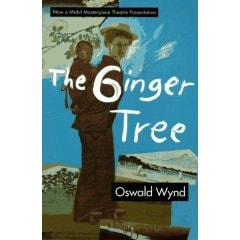 Scottish author Oswald Wynd was born on 4 July 1913 in Japan. Wynd's parents were both Scottish missionaries working in Japan and he acquired dual citizenship as a result. Wynd returned to Scotland at the age of nineteen and fought with the Scots Guards in World War Two, later joining the Intelligence Corps, resulting in him being captured in Japan and held there as a prisoner of war for three years.

Some of Wynd's work shows Japanese influences, notably the novel The Ginger Tree which tells the story of a Scotswoman in Japan.