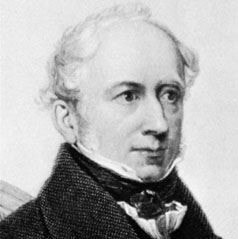 Scottish hymn writer and poet James Montgomery died on 30 April 1854 in Sheffield. Irvine-born Montgomery was the son of a Moravian pastor and was educated at a Moravian school in Leeds, moving to Sheffield at the age of 21 where he became a journalist.

He edited a Sheffield newspaper and was imprisoned twice for sedition and after retiring from newspapers, concentrated on writing hymns and poetry. Among his best known works are the hymn Angels From the Realms of Glory and the poem The Climbing Boys’ Soliloquies, which told of the plight of young chimney sweeps.