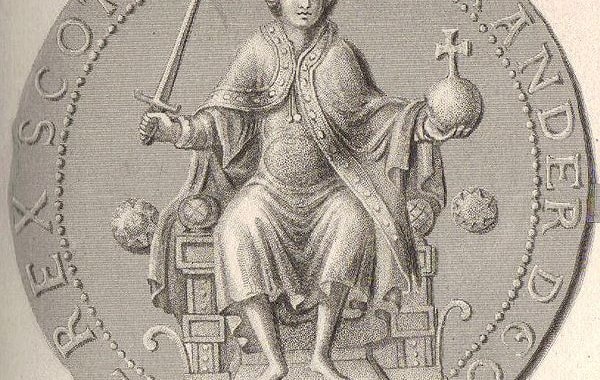 Alexander I, King of Scots, was crowned on 8 January 1107, at the age of around thirty years. Alexander reigned from 1107 to his death in 1124. He was the fourth son of King Malcolm III and Margaret of Wessex, and was named after Pope Alexander II.

Alexander I inherited the throne on the death of his older brother Edgar and when he died childless himself, was succeeded by his own younger brother David. Alexander was a pious king who founded the religious houses at Incholm and Scone, as well as supporting St Andrew's Abbey. He died in 1124 at Stirling.