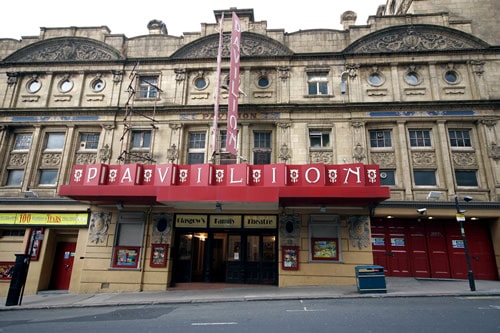 The Glagow Pavilion Theatre opened for the first time on 29 February 1904. ...

The Glagow Pavilion Theatre opened for the first time on 29 February 1904.

Glasgow's Pavilion Theatre opened its doors for the first time on 29 February 1904, initially as a music hall. The theatre, designed by Bertie Crewe was advertised as a luxurious venue and described by its owners as 'pure Louis XV. The Category A listed building seats 1,449 and over the years, many stars have appeared on stage, including Harry Lauder and Charlie Chaplin, who appeared before he became widely known.