Rudolf Hess crash landed in Scotland - On this day in history 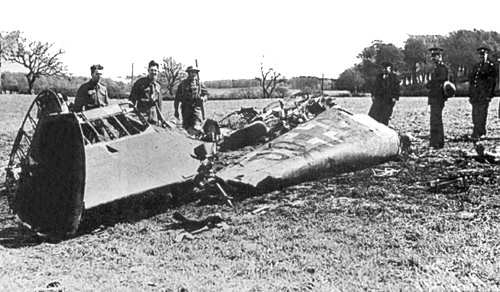 Rudolf Hess crash landed in Scotland - On this day in history

On 10 May 1941 Rudolf Hess crash landed in Scotland in what appeared to be a one-man attempt to end World War Two. ...

On 10 May 1941, Adolf Hitler's deputy Rudolf Hess crash landed a stolen plane at Eaglesham in what may have been an attempt to broker peace during World War Two, yet was never fully explained. Hess flew from Augsburg and was detected by UK radar off the coast of Scotland. He crash landed at Eaglesham, injuring his ankle and was found by farmer David McLean. Hess demanded to speak to the Duke of Hamilton, saying he had an important message for him alone.

Hess was initially imprisoned in the Tower of London and eventually kept at a military hospital in Wales, where he was treated for insanity. His wife later quoted him as having said of his flight into the UK: 'My coming to England in this way is, as I realise, so unusual that no one will easily understand it.' He died in Spandau Prison in 1987..

QUICK LINK: After the Great War: rebuilding a nation - only in May/June History Scotland