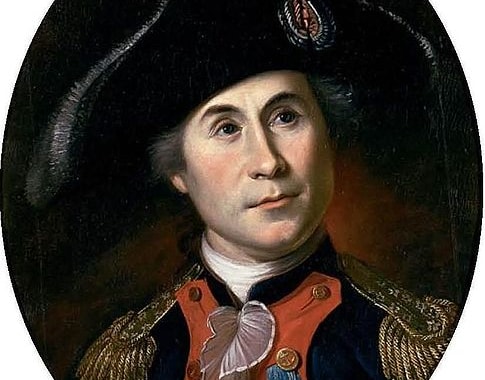 Scottish sailor John Paul Jones was born on 6 July 1747 in Kirkbean, south-west Scotland. Jones is regarded as one of the founding figures of the US navy and became a hero to Americans for his actions during the War of Independence, helping the nation to victory against the British.

Jones first went to sea at the age of thirteen and as a teenager, made frequent voyages to America, where his brother lived. He was given command of his own ship and crew at the age of 21 after successfully bringing a ship back to port when its captain died suddenly. However, his reputation was tarnished after the death of a sailor he had punished and his involvement in a sword duel in which his opponent was killed.