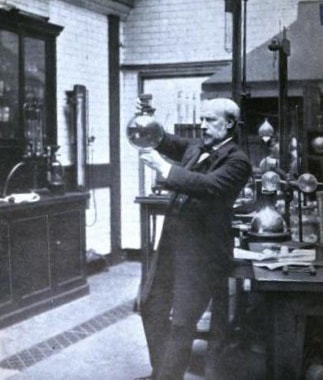 Dewar used the flask that he invented to study the liquefaction of gases but, because he never patented the design, was unable to prevent others from using his idea. He is also known for the co-discovery, with Sir Frederick Abel, of the smokeless gunpowder cordite.

After a lifetime's work, Dewar was knighted in 1904 and in 1908, was awarded the Albert Medal of the Society of Arts. He died in London and was cremated at Golders Green Crematorium.

QUICK LINK: Who's buried where in London? Five remarkable Scots