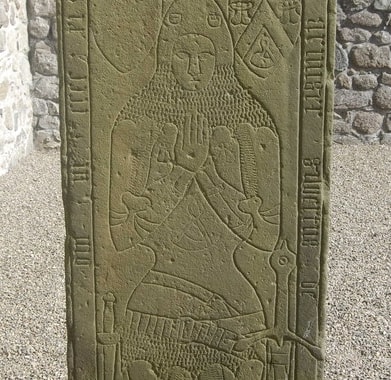 The Battle of Harlaw (or Cath Gairbheach) was fought on 24 July 1411 close to Inverurie, between Crown forces under the Earl of Mar and Highland forces under Donald, Lord of the Isles

The Battle of Harlaw (or Cath Gairbheach) was fought on 24 July 1411 close to Inverurie, between Crown forces under the Earl of Mar and Highland forces under Donald, Lord of the Isles. Estimates of the number of men involved vary widely but it seems that the Crown forces outnumbered the Highlanders, with the eventual loss of around 1,000 Highlanders and around 600 Crown soldiers. The battle was fought over the right to an extensive area of land known as the Earldom of Ross and became known as Red Harlaw, due to the savagery of the fighting in which many families lost every adult male.

After a full day of fierce fighting, the Earl of Mar's forces camped out on the battlefield ready to endure another day of fighting and were astonished to discover that Donald of the Isles's men had fled back to the isles, leaving the outcome of the battle unclear. Mariota, the wife of Donald of the Isles was eventually awarded the earldom of Ross in 1424 and the title stayed in the family for most of the fifteenth century.

The image shows the tombstone of Gilbert de Greenlaw, one of the nobles killed in the battle. (Copyright Bill Harrison - Creative Commons).

Read more On This Day in History.