The Battle of Waterloo was fought - On this day in history 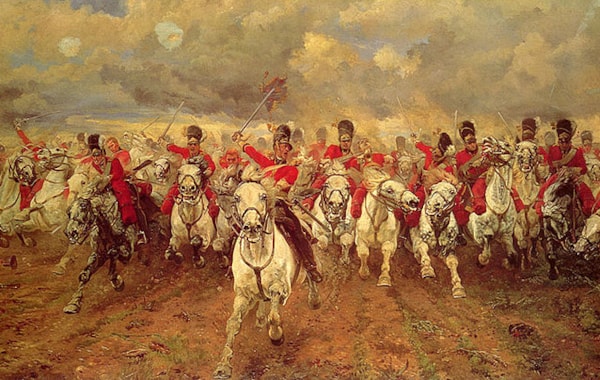 On 18 June 1815, the Battle of Waterloo was fought in Belgium, involving a sizeable Scottish contingent of Gordon Highlanders and Scots Greys (the charge of the Scots Greys by Lady Elizabeth Butler {1881} is shown here).

The two regiments were involved in a joint stand against a vast column of French forces, which vastly outnumbered the Scottish troops. The Scots Greys and Gordon Highlanders charged the column with shouts of 'Scotland Forever!', defeating the French column and capturing their battle standard.

The Battle of Waterloo Experience by Dan Snow