Portrait of Mary Queen of Scots discovered under 16th-century painting An unfinished portrait of a woman believed to be Mary, Queen of Scots has been found hidden beneath another 16th-century portrait.

An unfinished portrait of a woman believed to be Mary Queen of Scots has been found hidden beneath another 16th-century portrait during a significant research project recently conducted at the National Galleries of Scotland (NGS) and the Courtauld Institute of Art.

The ghostly image of a woman, which shows compelling similarities to other, near-contemporary depictions of Mary Queen of Scots, was revealed by X-ray photography during an examination of a portrait of Sir John Maitland, 1st Lord Maitland of Thirlestane, which is attributed to Adrian Vanson.

The portrait was one of a number of works by the portrait painters Adrian Vanson and Adam de Colone, two Netherlandish artists who worked in Scotland at the end of the 16th century and beginning of the 17th century, to be examined by conservator Dr Caroline Rae, the Courtauld Institute of Art’s Caroline Villers Research Fellow, who recently undertook a collaborative research project in conjunction with NGS.

The discovery took place while Dr Rae was examining works from the NGS collection during her research; Vanson’s portrait of Sir John Maitland (1589), the Lord Chancellor of Scotland, is part of the National Trust collection and usually hangs at the Trust’s 17th century historic property Ham House, near London. The results of this collaborative research project, which set out to explore the respective artistic techniques of Vanson and de Colone, will be revealed in a new display, Art and Analysis, Two Netherlandish painters working in Jacobean Scotland, which opens at the Scottish National Portrait Gallery this week. 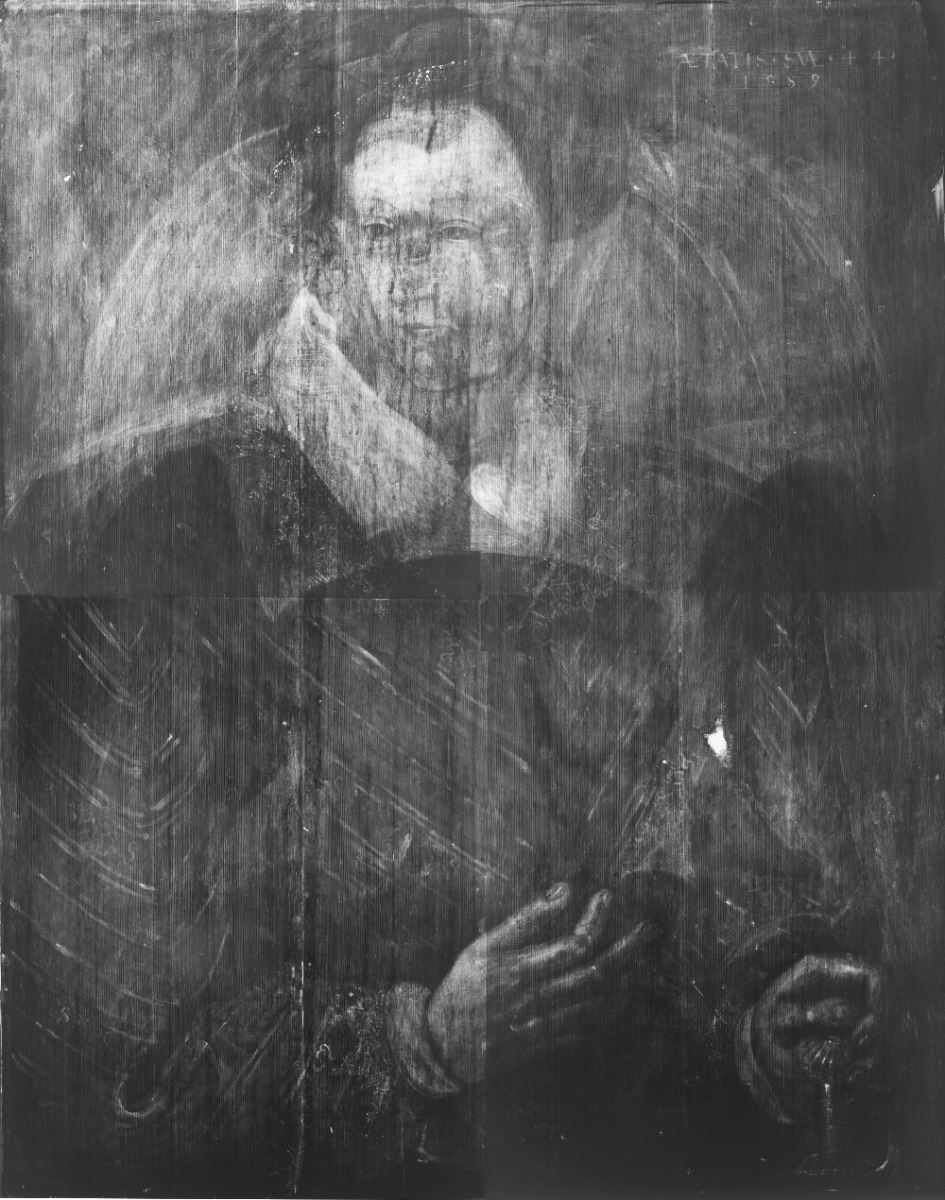 Dr Rae discovered the concealed portrait while conducting a technical examination using X-radiography (X-ray), a technique that can penetrate through paint layers but which is stopped by pigments containing heavy metals such as lead white (a white pigment that was commonly used throughout Europe at the time). The X-radiograph revealed the presence of lead white depicting a woman’s face and the outline of her dress and hat beneath the upper layers of paint.
Dr Rae was able to trace the outline of a woman, whose appearance indicates she is likely to be Mary Queen of Scots, based on distinct similarities to other depictions of the queen made during her lifetime, and in particular during her later years.
Content continues after advertisements

The face of the sitter, for instance, shows a strong resemblance to two miniatures by the famous English miniaturist Nicholas Hilliard (1547-1619), kept in the Royal Collection and the V&A Museum collection. Other clues, like the sitter’s pose with her head tilted to the side and her hand at her waist with her fingers positioned as if holding something, the wired cap and square-necked gown, also accord with other portraits of Mary, including a work hanging at Blair Castle, Perthshire.
Despite the fascination with which Mary Queen of Scots was regarded both during her own lifetime and subsequently, there are relatively few authentic portraits of her, and in particular few images from her life in Scotland. 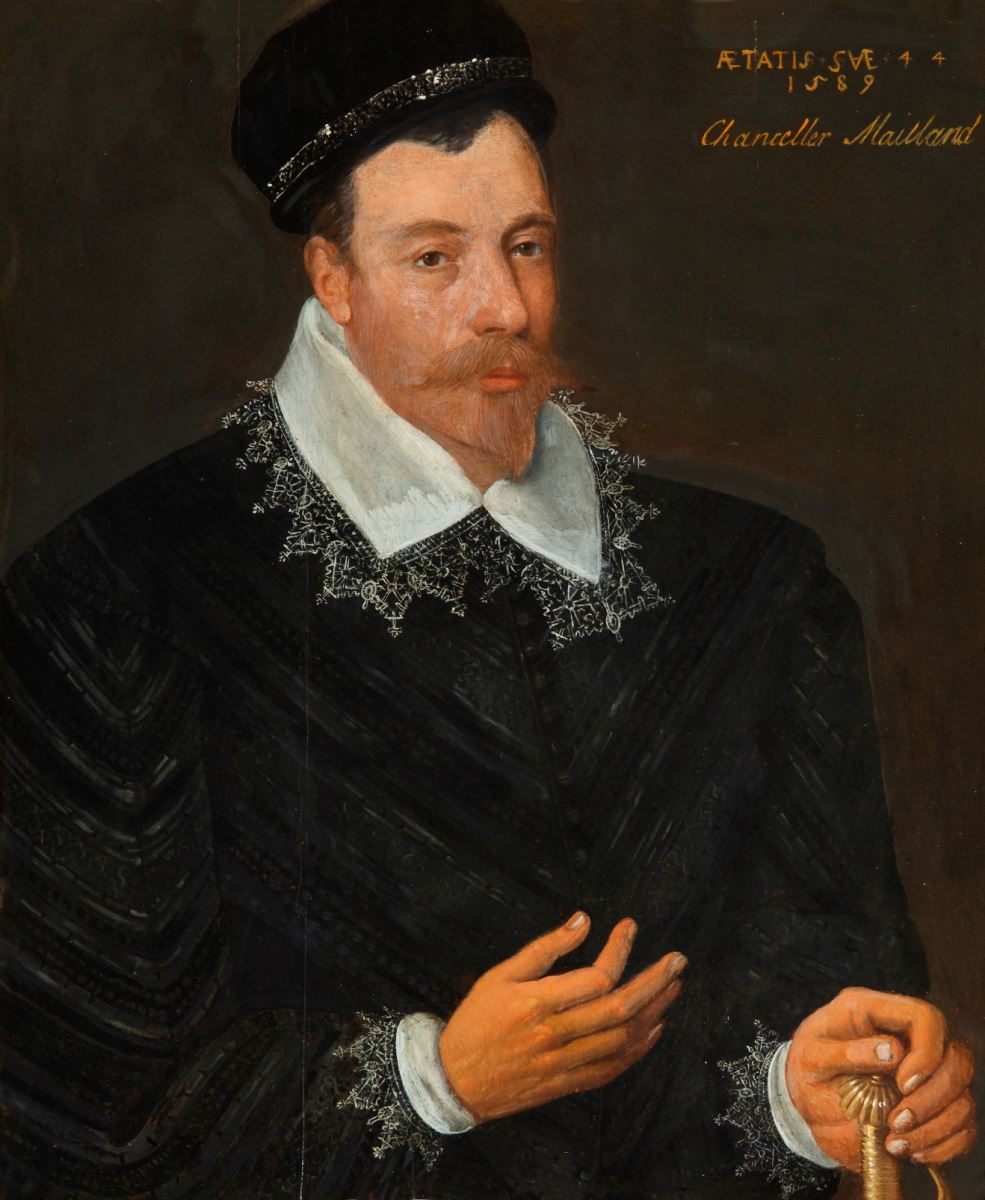 Dr Caroline Rae said: “Technical examination of works of art, in conjunction with art historical and documentary research, forms the pillars of technical art history. Using technical art history, it is possible to illuminate artists’ materials and techniques for the first time in centuries, to discern copies and forgeries and to explore questions of authorship and workshop practice.
"The discovery of this hidden portrait of Mary Queen of Scots is an exciting revelation, not only as it adds to our knowledge of 16th century Marian portraiture and patterns of commission at the time, but as it aids in illuminating our understanding of Adrian Vanson, a Netherlandish émigré artist who came to Jacobean Scotland to seek a new life and quickly ascended to the status of Crown painter.”
David Taylor, Curator of Pictures and Sculpture at the National Trust, added: “Vanson’s portrait of Sir John Maitland is an important picture in the National Trust collection, and the remarkable discovery of the unfinished portrait of Mary Queen of Scots adds an exciting hidden dimension to it. It shows that portraits of the queen were being copied and presumably displayed in Scotland around the time of her execution, a highly contentious and potentially dangerous thing to be seen doing.”