Princess Louise: The career of a royal artist, part 5 The professional status of artists changed significantly after the 1860s. Previously, very few artists had the means to live like gentlemen and generally relied on patronage but this changed with the increased wealth of the growing population and the support of the Royal Family and people like Gladstone. Art became desirable and fashionable and artists could become wealthy people.

This meant that they could afford their own studios, and Kensington and Chelsea became “the” places for purpose built premises, where multi storey buildings were occupied by groups of like-minded artists. Boehm’s studio was at “The Avenue” 76 Fulham Road, a building which was divided and shared by Frank Dicey, Poynter, and later John Singer Sargent and Alfred Gilbert. 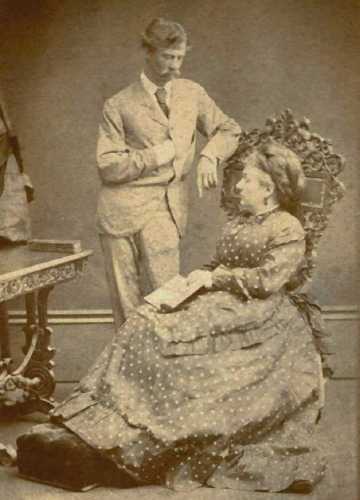 The subject of gossip

Boehm had five rooms, one a very private place for Royal Commissions. The Queen was concerned that people might see the early stages of a royal sculpture, as the artists usually began their work by moulding the form of the body without any covering. It was also a place where royal visitors could be received. Interested people were not discouraged from visiting the other rooms and Boehm treated them all with courtesy and friendliness.

The close friendship between Louise and Edgar was accepted in their circle, but elsewhere became the subject of some speculation and gossip.

Boehm died during a visit by Louise to his studio in December 1890. News of the death of such a well known and highly respected man at the age of 56 was shocking enough, but that the Princess was alone with him at the time was worthy of many more column inches in the papers.

The first published accounts were very respectful to Boehm, and to Princess Louise, who had found his body. The Times said:

“The body was first discovered by Her Royal Highness Princess Louise Marchioness of Lorne. The Princess, who formerly studied the art of sculpture with Sir Edgar at his studio, has since paid him occasional visits, and yesterday evening ….

Walked straight to his studio and was horrified to see the apparently lifeless body of her late instructor. The Princess immediately summoned Mr. Gilbert A.R.A., who occupies an adjoining studio.

…he expired, apparently from heart disease.”

Perhaps to cover the unusual circumstances of her visit – Louise was alone, it was after dark and the weather was foggy - the Princess gave her mother an account different from that published in The Times. The Queen's journal reads:

"Louise was in Boehm's studio, having come to see some new busts he had done of Lady Reay and Lord Dufferin. He lifted the latter, which was very heavy, so that she and Lady Sophia McNamara who was with her, begged him not to do so & whilst Louise was turned looking at something else, he suddenly gave a shriek, threw up his arms & fell forward on the floor. Poor Louise at once unfastened his collar & felt his pulse, which did not beat, then remembered that moving the arms backwards & forwards was said to restore life, but there was only a gurgling noise in his throat. She then ran into the next house, the studio of Mr.Gilbert, Boehm's friend & pupil to call him & he caIled back with her. They again did all they could, & Mr. Gilbert urged Louise to go home, which she did. Only this morning by the papers did she learn the truth!"

The Queen’s journal is often unreliable however, as it was transcribed by Princess Beatrice after her mother died. The originals were destroyed.

Further versions of the event reached the national and international press, which continued to speculate for several days afterwards. “Truth” magazine noted that:

"Access to the studios could only be obtained by first ringing at the outer door, and any visitor,

therefore, must necessarily first have been admitted by either Sir Edgar personally or by the

usual attendant from within. This makes the official account of the first finding of Sir Edgar Boehm quite incomprehensible."

Wilfred Blunt, a friend of both Louise and Boehm wrote in his diary –

"It was during one of these visits that while he was making love to her Boehm broke a blood vessel and died actually in the Princess’s arms. There was nobody else In the studio or anywhere about ...

The Princess had the courage to take the key of the studio out of the dead man's pocket, and covered with blood as she was and locking the door behind her, got a cab and drove to [Sir Francis] Laking's [the Queen's physician], whom she ... took back with her to the studio. Boehm was dead and they made up a story between than to the effect that It was while lifting  one of the statues that the accident occurred ... [Skittles] knew of the liaison with the princess from himself, and as I understood her, about his death from Laking "and the King' [Edward VII], she said, "knows all about It. He was fond of his sister and says he and she were of the same temperament." So all has been hushed up ... "

It is this version which is most often accepted. 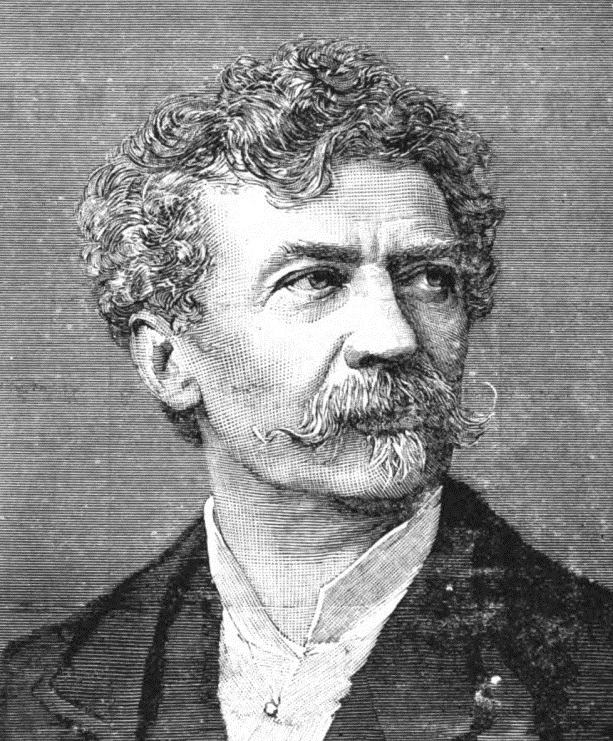 The most colourful story circulating was that the Princess was pinned underneath her lover when he died - not at his studio, but at hers. Once extricated, Louise sought the help of a trusted lady-in-waiting and they rolled up the body in a carpet and took it to Boehm’s studio with the aid of Alfred Gilbert.

The truth about what happened will probably never be known, and there were no further speculations in the papers. Boehm was buried next to Sir Edwin Landseer in St Paul’s Cathedral, there was no inquest, and most of his private papers were burned. The funeral service took place at St Paul’s Cathedral and was attended by his family, Sir Frederick Leighton, President of the Royal Academy with many well known artists and representatives of the Royal Family as well as mourners from Austria and the Hungarian Society.

The Queen sent a wreath and chose the music for the service, after sending her condolences to the family. Princess Louise attended the service, attended by Colonel Collins.

Louise gave great support and help to Alfred Gilbert in the years to come. Gilbert had assisted Boehm and had been trained by him. The commission he received for the statue generally known as “Eros” but actually a depiction of his brother Anteros, in Piccadilly Circus may have been promoted by Louise.

Joseph Edgar Boehm left behind many admirable works the legacy of the School of Sculpture at the Royal Academy. and an estate of £67,372 6s. 10d. (worth over £4 million today). Sadly his incredible artistic achievements have been overshadowed by the circumstances of his death.

Explore the whole series from the hub page.

The Argyll Papers at Inveraray Castle are the family and estate archive of the Campbell family, dukes of Argyll, and provide an unbroken record of nearly eight hundred years of the family’s fortunes from the 13th to the 21st century. The archive reflects the historically important role of the Campbell family in Scottish, British and international affairs, as well as documenting the history of the landscape of Argyll and its people. The archive is open to the public by appointment. Please contact the archivist, email or tel: 07943 667673. Visit Inveraray Castle's Facebook page.