What wildlife would our ancestors have seen in their garden 500, 100 and 50 years ago? What might our gardens have looked like fifty years ago, in the 1920s or even the 16th century?

In the 20th century alone, around 500 species worldwide are known to have gone extinct, largely due to the destruction of natural habitats and ongoing human degradation.

Kaleidoscope have analysed a variety of online sources to establish a list of wildlife and plants that would have previously been found in British gardens but are now considered extinct in Britain and in some cases worldwide.

The results make for surprising reading - particularly for those of us with Scottish ancestors, who may have witnessed the final years of creatures such as the Great Auk and the Eurasian Wolf.

The research revealed a number of species have been classified as extinct in the last five decades, including the European tree frog, which died out in 1986 and the Black-backed Meadow Ant which experts suggest went extinct just two years later in 1988.

The Burbot, the only freshwater species of cod, was previously found in rivers and ponds across Eastern England but was deemed extinct in the 1970s due to extensive agriculture and metallic pollution. Plans however were recently announced to reintroduce the river bottom-dwelling fish back into UK waters. 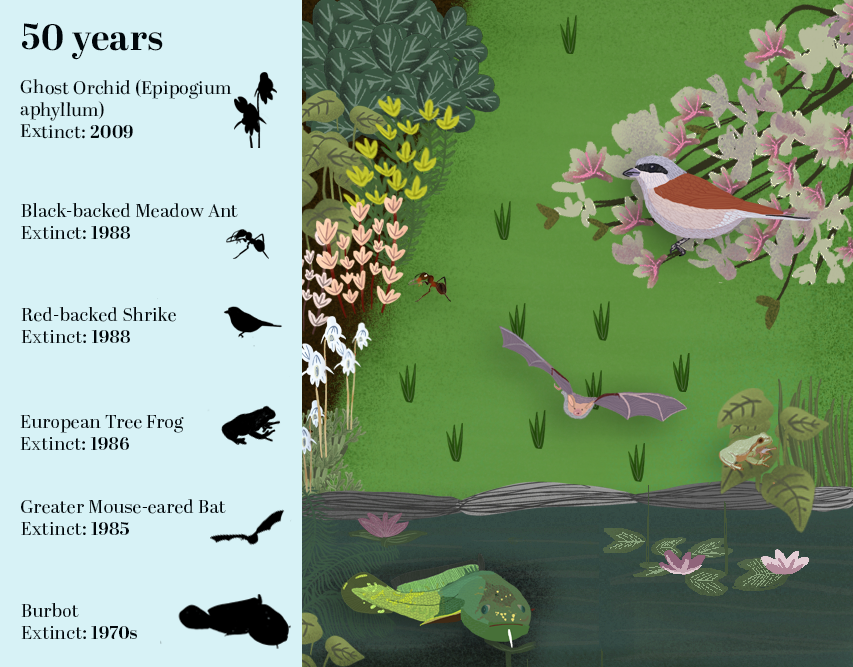 Whilst still found in several European countries including France and Spain, the Chlorochroa Juniperina officially went extinct in the UK back in 1925, following the decline in its host the juniper plant.

Keen gardeners might be able to recognise the key features of the now extinct Spiranthes Aestivalis plant, which comes from the Orchidaceae family, otherwise known as the Orchid. This beautiful flower is sadly in steep decline across Europe, with the plant also now extinct in Holland and Belgium. 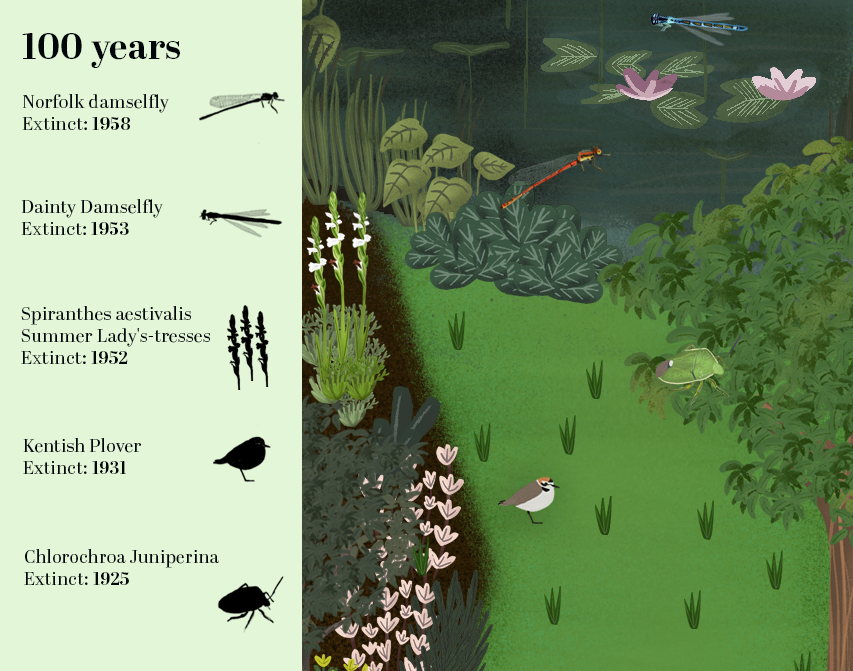 500 years ago, the UK garden as we know it wouldn’t have existed but what wildlife might have roamed outside people’s houses and the farmland they owned?

Whilst not found in a typical garden setting, for people living along Scottish coastline and the more isolated offshore islands, the sight of a Great Auk coming ashore to breed would have been a rare treat to behold. The flightless bird was deemed extinct in Great Britain in 1840 when the last known Auk was captured and killed, however the species was classified as officially extinct in 1844.

Whilst it might be hard to imagine, 500 years ago, people living in the more remote parts of the British Isles prior to 1680 may have lived alongside the Eurasian Wolf. Whilst extinct for the most part in Western Europe, large populations of wolves can still be found to the east, with Russia home to 30,000. 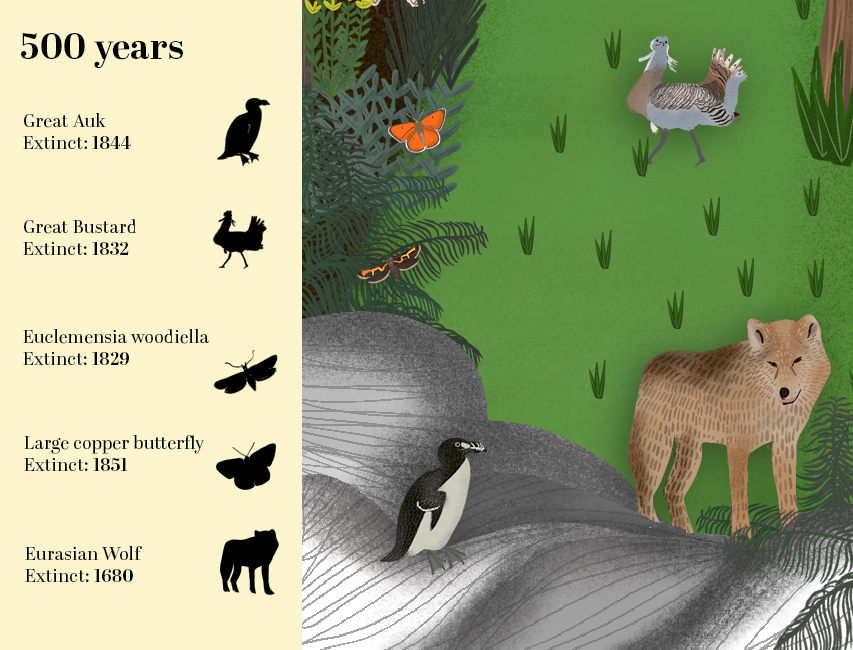 For more on life in Scotland in years gone by, take a look at History Scotland, the world's premier Scottish history magazine.