The area is now quiet, peaceful and scenic but from 1942 into the 1950s it was a place of intense activity. RAF Wig Bay was a maintenance, testing and repair centre for UK and US flying boats that were “hunter killers” deployed to counter the submarines attacking Allied shipping in the Atlantic.

Solway Firth Partnership, with funding from Dumfries and Galloway Council, has teamed up with the local community, environmental art organisation Wide Open, and artist and designer Kenny Mackay, to preserve the story of this fascinating piece of Scotland’s history. 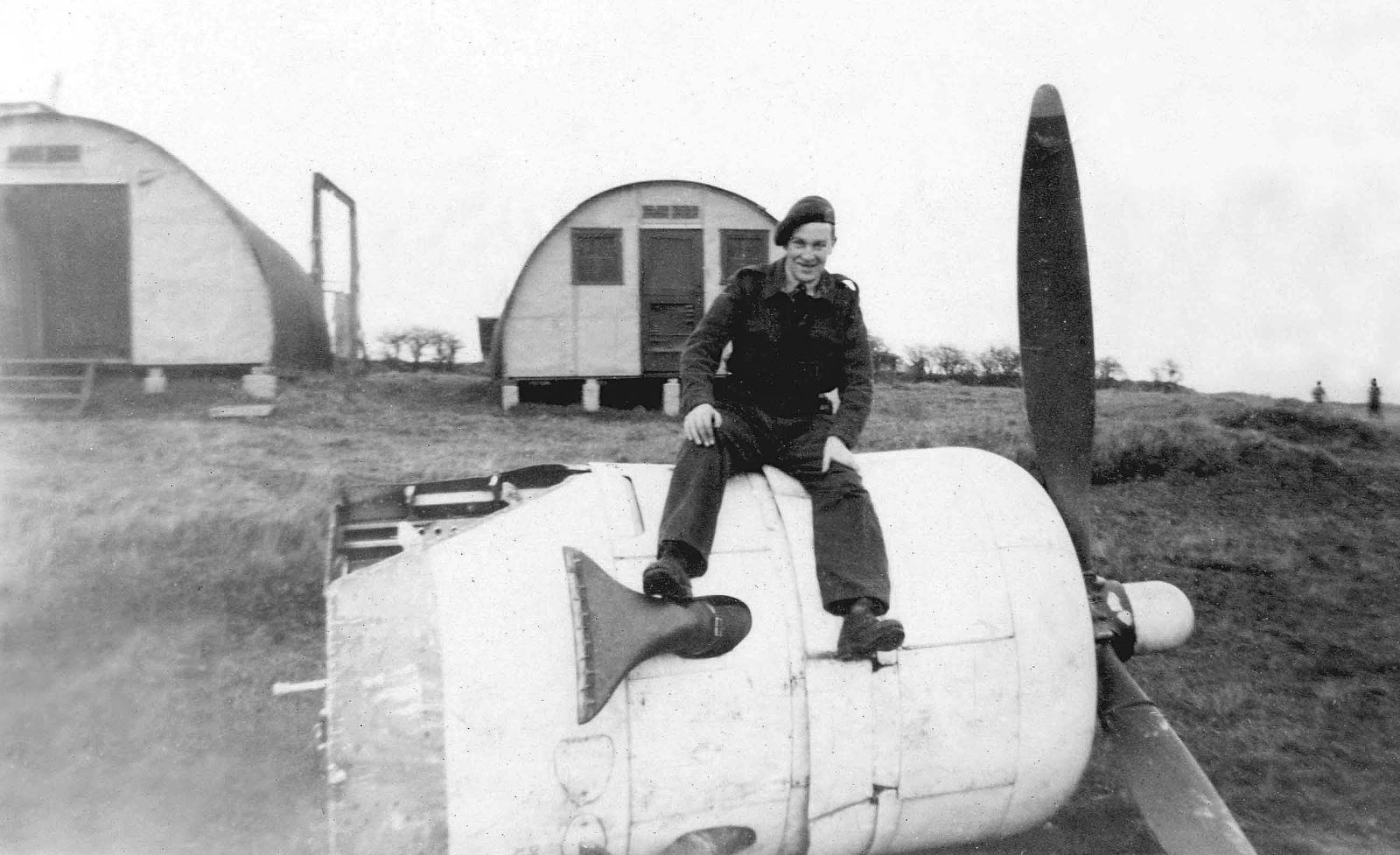 The project is part of the partnership’s drive to encourage sustainable tourism by attracting visitors interested in its World War II history and wildlife. A sound installation has been created at the observation post once used to watch out for German mines. Visitors entering the structure will be plunged back to the mid-1940s, surrounded by the noises of aircraft and submarine engines.

Kenny said: 'It’s really quite ghostly with the sound of a Catalina flying boat, then one of the huge Sunderlands, followed by a U-boat diesel engine and the ping of a sonar. The idea is that it’s slightly ambiguous, but will add some real colour to people’s experience when they explore the area.'

A large board has been built onto the front of the small brick-built structure where people can sit and play the classic Battleships and Cruisers war game.

The project has also seen the creation of three semi-sunken, concrete, circular seating areas along the bay’s coastal footpath, near Kirkcolm, where people can enjoy superb views of the loch. The materials have been chosen to reflect the rough-and-ready building techniques and the design is also reminiscent of coastal gun emplacements. 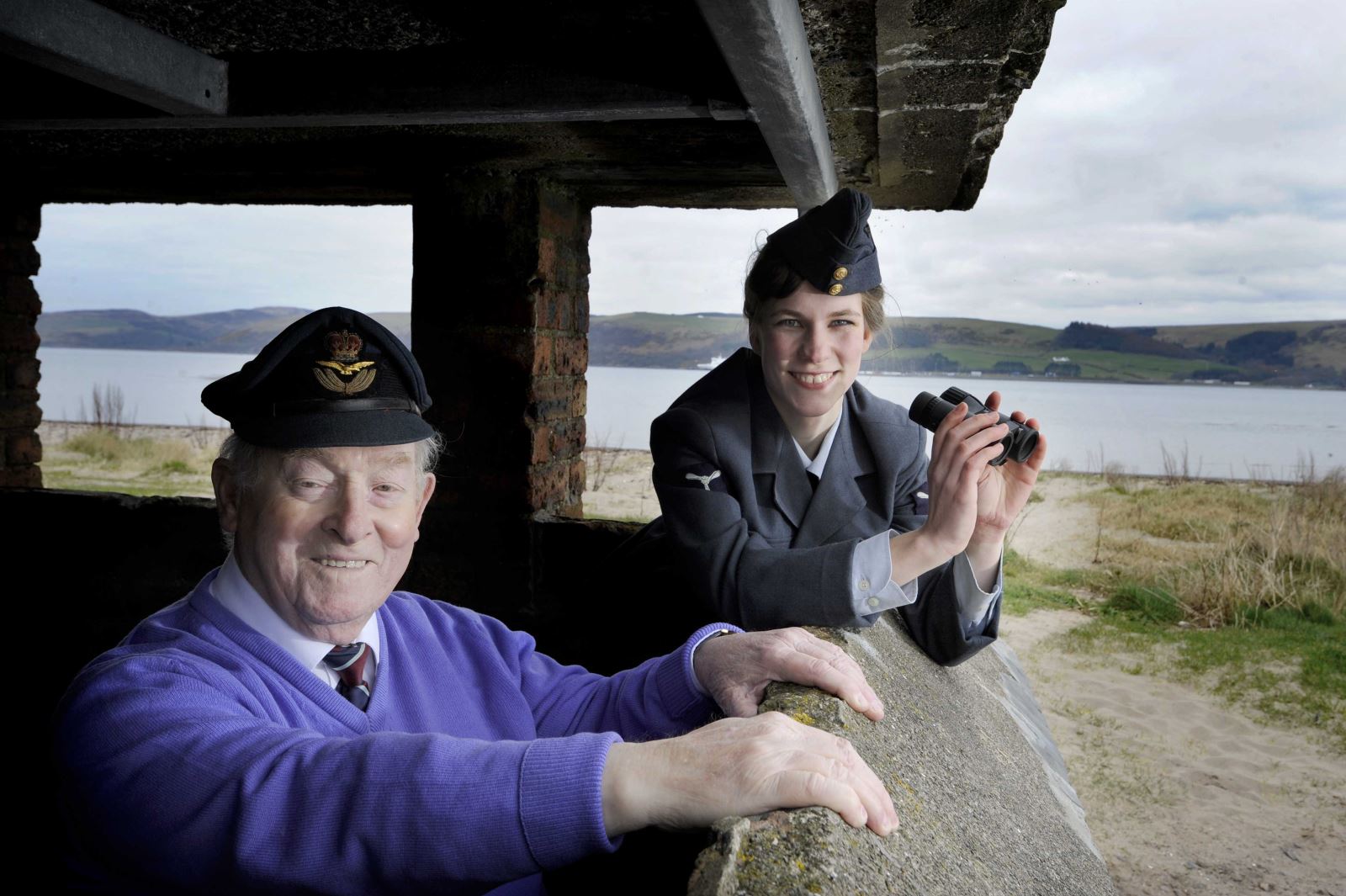 Local residents such as Donnie Nelson (pictured), aged 83, remember how there used to be dozens of aircraft floating on the loch, with more in hangars onshore. He said: 'It was very exciting for boys like me, we loved watching these great aircraft taking off and skimming just above the water, then lifting slightly as they reached the land and roaring right over our heads. The noise was incredible and the Sunderlands were absolutely huge.'

Donnie and his friends would lie on the beach and stare upwards to watch the planes go over just a few hundred feet above them. He later joined the Air Training Corps (ATC) and was sometimes treated to flights in planes that were being tested.

Donnie added: 'I think this project is a great idea. I remember the way you’d look out and see the planes parked all across the bay. There’s very little left now, but thanks to this it won’t be forgotten – which is good because it was very important to the people round here.”

The project has also seen the provision of an interpretation panel and a leaflet giving information about World War II sites around Loch Ryan.

Clair McFarlan, Partnership Manager at Solway Firth Partnership, said: 'We really wanted to do something to help develop sustainable tourism in the area.

'Tourism around Stranraer has taken a big hit in recent years and we hope projects like this will help improve the situation by giving visitors more reasons to come here and stay for a while. The wartime heritage of Loch Ryan is quite remarkable and this is a way of stopping it slipping from memory.'

The project is funded by Dumfries and Galloway Council.

The artworks were created in partnership with Wide Open public art and placemaking organisation.