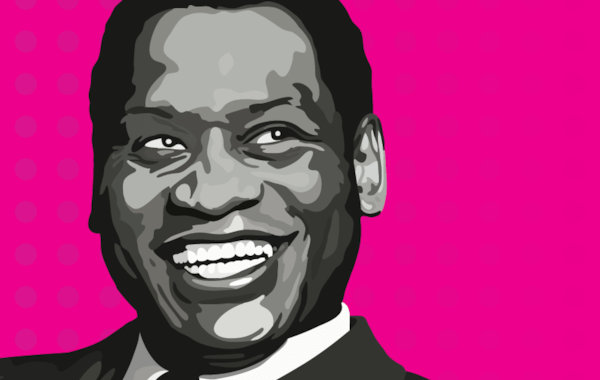 Paul Robeson accomplished many things throughout his life, activist, athlete, singer, actor and author he is remembered equally for his cultural achievements and his political activism.

Born in New Jersey in 1898 he graduated from Columbia Law School whilst also being a professional American footballer and starting his career as a singer and actor. His career in law was short lived as he found he was subjected to constant racisms so he chose to pursue his acting career instead.

Paul Robeson in the UK

Robeson first came to the UK in the 1920s to appear in a West End production in London. He later settled in the city and studied at the School of Oriental and African Studies. He featured in a number of films produced in the UK, notably “The Proud Valley” which depicted life in Welsh coal mines. Robeson also visited coal mines in Scotland, in 1949 he performed a special concert in the Edinburgh Usher Hall for miners from across Scotland.

Footage is available from BFI here.

Robeson was controversial in the United States after WWII where he was investigated for communist and un-American activities during the McCarthy era, his passport was revoked in 1950, not being restored until 1958. Upon restoration of his passport he returned to the UK as a base for a world tour.

2020 marks the 60th anniversary of him leading the Glasgow May Day Parade from George Square in the city centre to the Queen’s Park arena in the city’s Southside. Here he sang "Ol' Man River" to a packed out crowd of 10,000 people.

In a foreshadowing of the city’s later involvement in South African politics (in 1981 the city was the first to make Nelson Mandela a Freeman of the City whilst he was still in jail) a resolution was passed by the crowd condemning the South African Government’s treatment of indigenous people.

Click here for the full Black History Month series by Colin Reilly at No Lesser Panda.