Dixe Wills presents his pick of Scotland’s top five tiny churches, ranging from a tiny tin tabernacle to a miniature Byzantine-style church tucked between a chip shop and a hairdressers.

Ah, the ‘tin tabernacles’ – can there be anything quite as deliciously Victorian and homespun as these ugly ducklings of ecclesiastical architecture? Harbingers of the mass-produced, pre-fabricated and flat-packed world we inhabit today, they were once viewed as a godsend by vicars in rapidly expanding industrial areas whose churches were full to bursting, and by non-conformists in need of cheap premises outside the control of the state.

Only around 60 of the myriad tin tabernacles erected in Scotland in the 19th and early 20th centuries have made it into the 21st. Built in 1876 by the 7th Earl of Breadalbane as a chapel of ease for his shooting parties (spawning its nickname ‘The Grouse Chapel’), St Fillan’s can lay claim not only to being one of Scotland’s most beautifully preserved examples but also to being the oldest of the survivors. 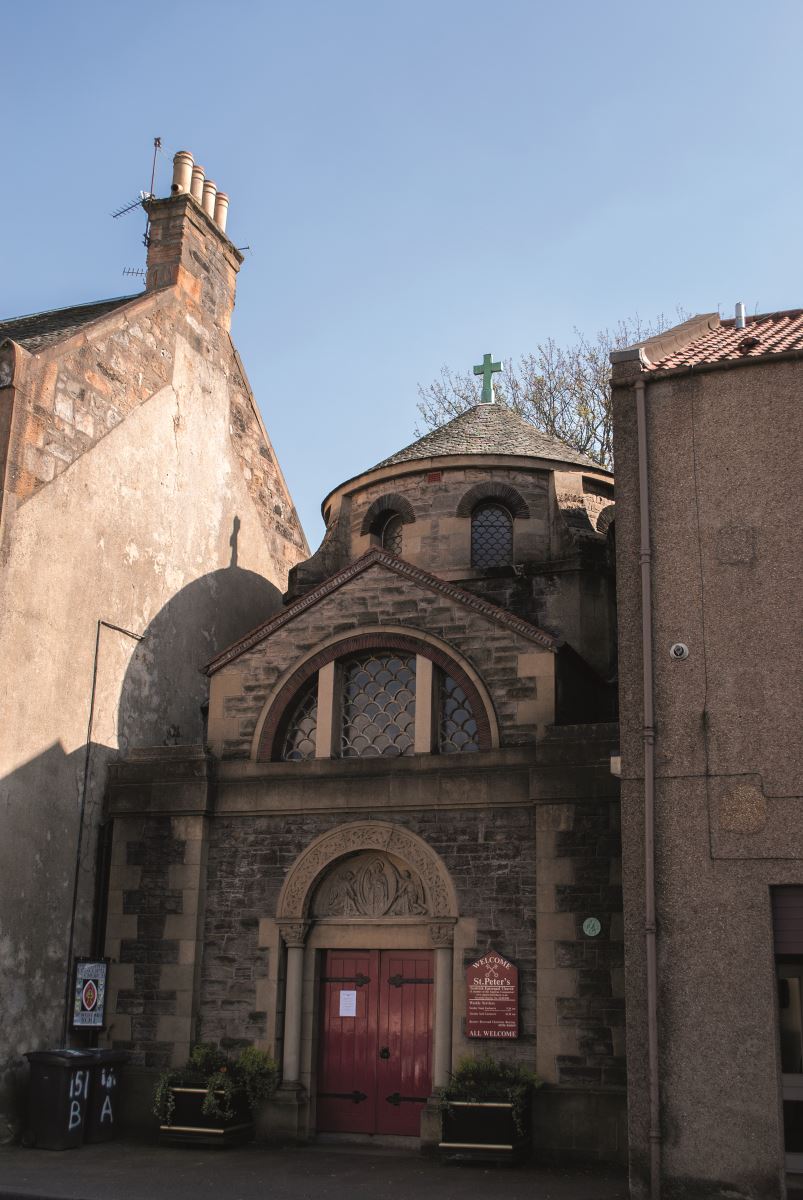 If you were asked what building you might find wedged between a chip shop and a hairdressers on the high street of the lively little town of Linlithgow, it might be some while before you hazarded a guess at it being a Byzantine-style church. Even more bafflingly, St Peter’s is not a place of worship thrown up by a community of homesick Eastern Orthodox refugees but the home of a local congregation of Scots folk who, prior to its construction, had led a peripatetic existence that rivalled the 40 years Moses and his fellow Israelites spent wandering about the desert.

It wasn’t until the start of the 20th century that Episcopalians in Scotland came out from under the shadow of the persecution they had long suffered. In 1912, local members of the denomination organised themselves into a body called St Peter’s Episcopal Mission in Linlithgow. With no building of their own, they met for worship in a bewildering array of locations, including the Court Room of the Burgh Halls, various shops, a defunct pub, a hall on the High Street (requisitioned by the army in 1914), the vacant Craigmailen United Free Church (forced out by dry rot), and some apparently highly disagreeable premises belonging to the Scotch Girls Friendly Society.

It was only in 1924 when the congregation’s priest-in-charge, Rev W S drawn up by architect J Walker Todd. It must have been one of the stranger briefs of his career, for the church had to slide in between two buildings not much more than 26ft apart. Necessity proved the mother of invention and gave Scotland one of her more unusual churches. 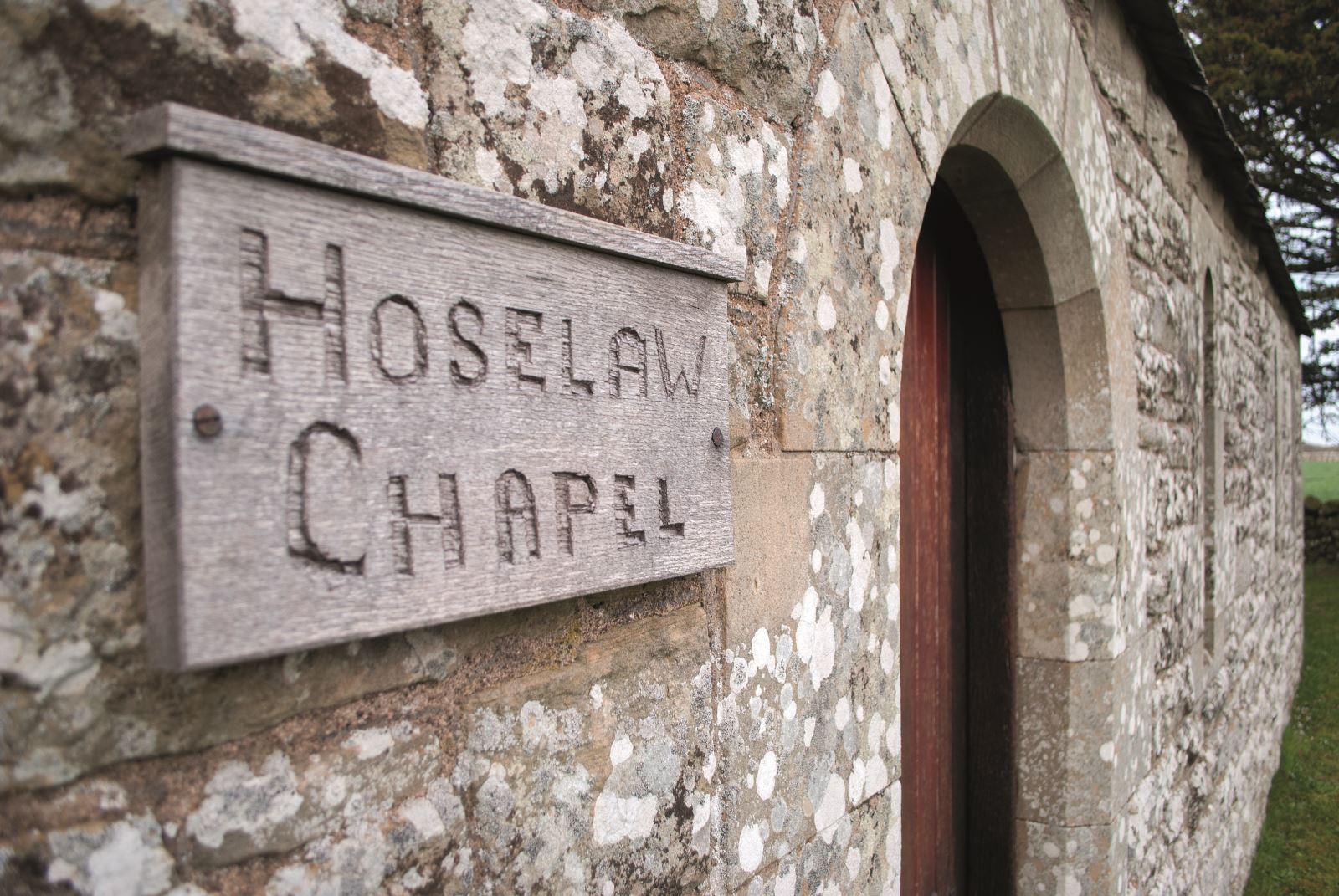 Enclosed by a dry-stone wall in various states of repair, Hoselaw Chapel stands perilously close to the border with England. Beyond Hoselaw Loch, immediately to the east, the Cheviot Hills mark the frontier with their customary desolate beauty. There’s an undeniably austere feel to Hoselaw Chapel too. Dropped as if by chance at the side of a road that has little but farmland for company, the tiny kirk is a drip of sombre grey paint on an otherwise cheerful green canvas. Even the line of protective trees that stands behind it struggles to soften its severe demeanour. The building appears to do nothing to beguile into stopping and lingering awhile the meagre trickle of travellers who find themselves on this back road. Things are not quite as they seem though, for on closer inspection there is something that hints of possible treasures within…. 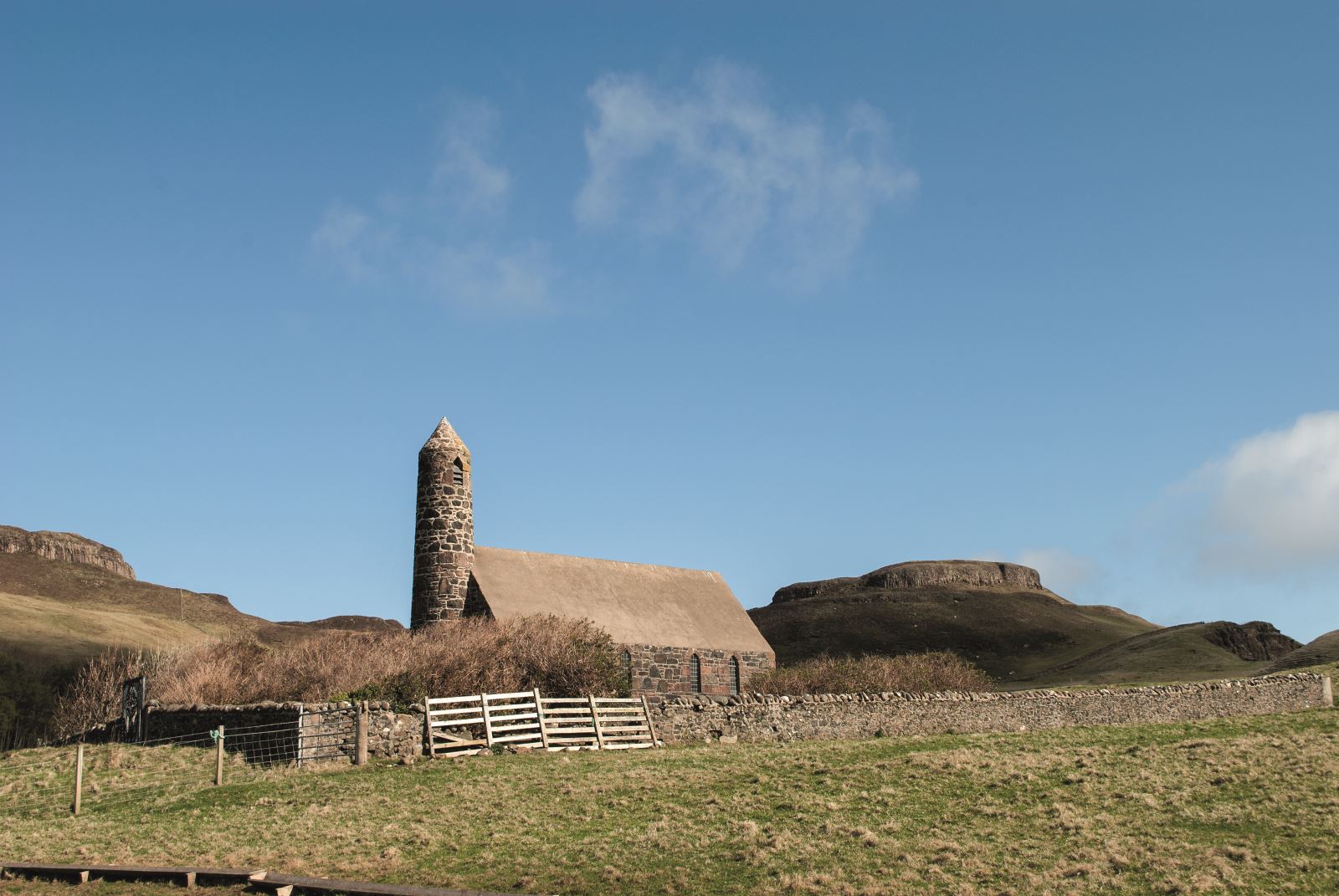 The Isle of Canna in the Inner Hebrides is something of a collector’s item as far as ecclesiastical gatherings are concerned. The westernmost of the Small Isles may not extend to much more than four square miles and may only boast a modern-day population of 19 but in its time it has hosted both a nunnery and a monastery.

Canna Rhu Church represents a relatively recent chapter in the religious history of the island – work was begun on it in 1912 and completed two years later. Designed by P MacGregor Chalmers in the pointed Gothic style, it is constructed of locally quarried rubble of surprisingly varied colours. Diverse shades of dark grey and red compete for dominance with rocks of beige and ochre hues. The thin circular bell tower at the western end resembles some sort of ballistic missile pointing into the sky and has led to the building being given the nickname ‘The Rocket Church’. 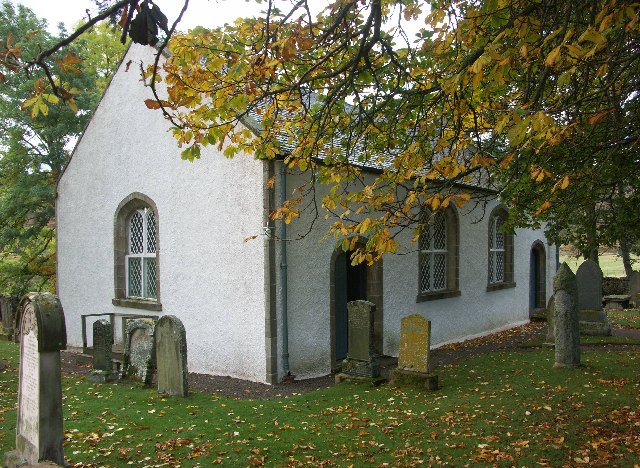 The graffiti to be found at Croick Church are a lasting reminder of one of the bleakest and most heart-rending chapters in the history of Scotland. One spring day in 1845 some 80 people wound up living temporarily in the churchyard at Croick, refugees in their own land. The curt messages scratched on the windows of the church have become their memorial, though the etchings raise more questions than perhaps they answer.

The church on which they left their plaintive mark is more remote now than it was even then. To get there, it’s necessary to travel 10 miles west up the sparsely populated Strathcarron Valley, from the little village of Ardgay. The road follows the River Carron, heads off along one of its tributaries, the Blackwater, and finally dribbles away into the grass at Croick, which today consists of little more than this church and an eponymous estate.

It seems a remarkable place to put a church when there is so little evidence of a potential congregation around it, but when it was completed in 1827 the communities that once flourished here filled it to overflowing. The location also had form: previously, there had been a preaching station here and, way before that, a Pictish broch (tower), of which some remains can still be seen. 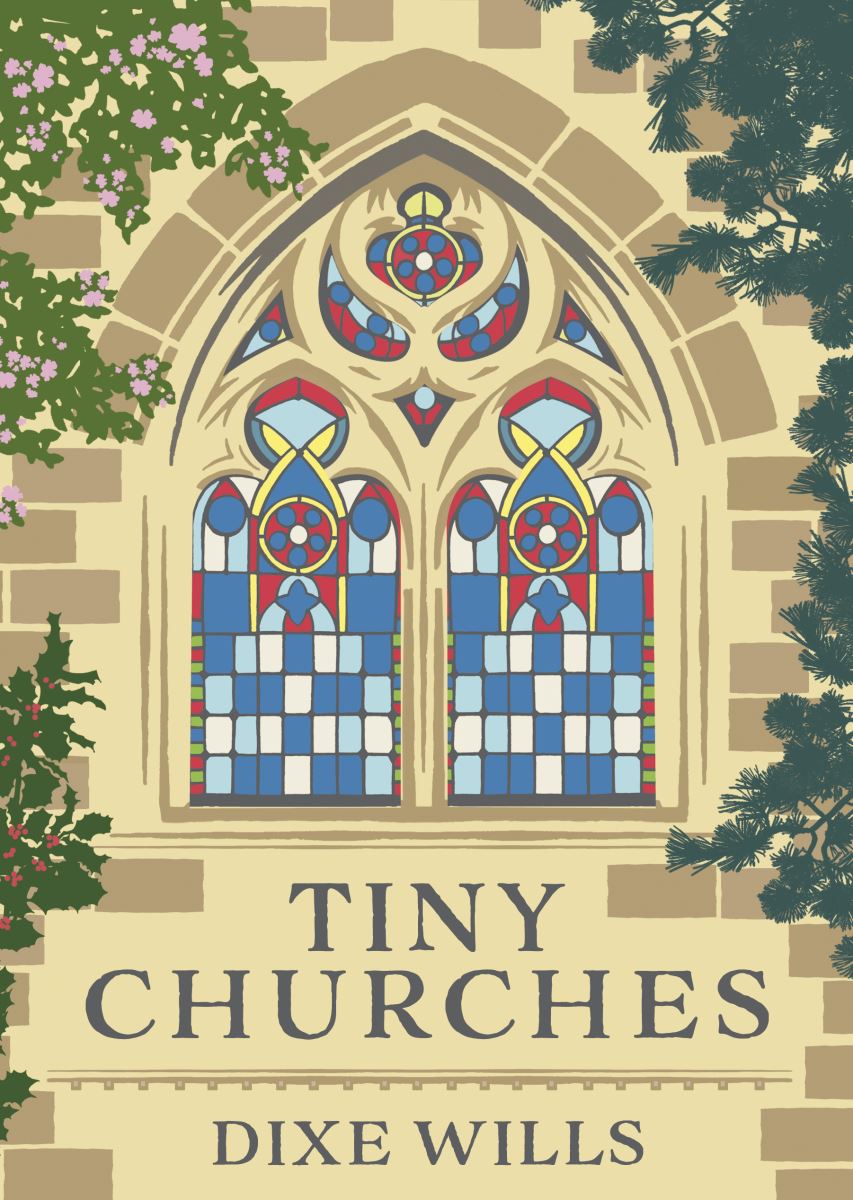 Dixe Wills is the author of Tiny Churches, AA Publishing, published 3 October 2016. Discover sixty unique churches across Scotland, England and Wales, all of which are open to the public.

Descriptive background text brings the history of each tiny church to life, highlighting special architectural features to look out for. Also includes information on opening arrangements and getting to each tiny church by public transport.