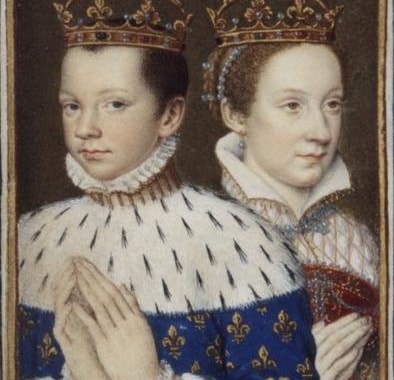 On 24 April 1558, Mary Queen of Scots married the Dauphin of France at Notre Dame de Paris cathedral. Fifteen-year-old Mary became Queen Consort of France by the marriage and the union also made fourteen-year-old Francis King Consort of Scotland.

The marriage produced no children and Francis died in 1560, ruling France for just eighteen months.