The Scottish Marches were first introduced in the 13th century, in theory to stabilize a region notorious for its lawlessness, but with little noticeable effect. Frequent Anglo-Scottish conflict made farming unprofitable, spawning the Border Reivers (raiders) who subsisted on rustling and protection rackets. When war broke out, the Reivers acted as mercenary cavalry for both sides in the major battles: Flodden (1513), Solway Moor (1542) and Pinkie (1547).

The Marches were overseen by a Lord Warden (one each for Scotland and England) and three wardens apiece for the respective East, West and Middle Marches. The Scottish wardens tended to be drawn from the local gentry, while their English counterparts were sometimes southern aristocratic imports. The Marches were controlled from castles such as Carlisle and Caerlaverock, and country houses boasted ‘peel houses’ (fortified keeps). The Scottish Middle Marches, termed the ‘Cockpit of the Borders’, were even more lawless than the rest, and the ‘Debatable Lands’ were effectively outside the law. 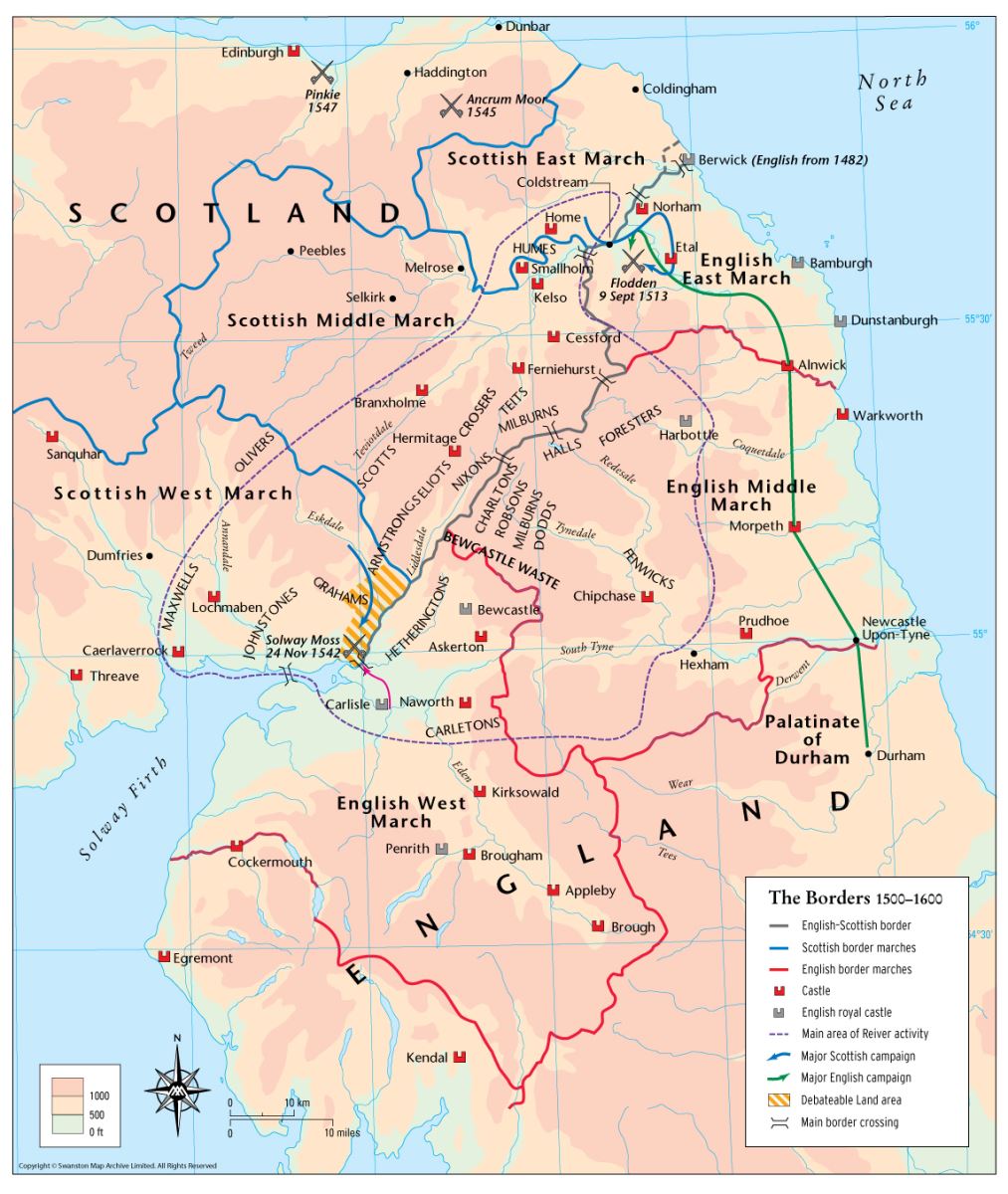