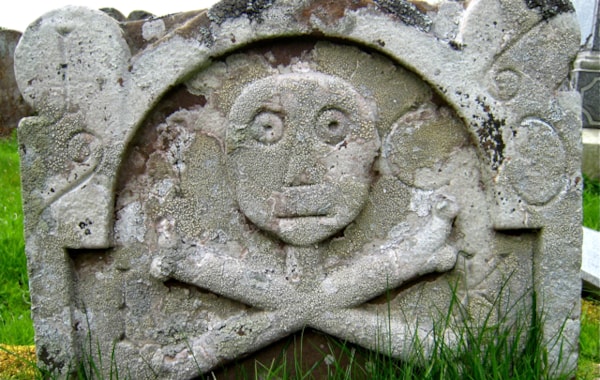 Have you hit a brick wall with your family tree? Searching in vain for an ancestor who seems to have disappeared from the records? Kirsty F Wilkinson takes us through ten reasons you may struggle to find your Scottish ancestors, in this helpful guide.

Those of us with Scottish forebears are at an advantage when it comes to tracing our family history: the statutory registers of births, marriages and deaths, which began in 1855, are far more detailed than equivalent records from other parts of the UK; the country has a largely centralised system of record-keeping; and the basic sources of statutory registers, censuses, parish registers and wills & testaments are all available online through the ScotlandsPeople website.

With records starting in the 1500s, it’s easy to imagine you will be able to trace your family back several centuries with just a few clicks of a mouse. But, as anyone who has researched their family tree has found out, things aren’t always that simple.

These are just some of the reasons you may struggle to find records of your Scottish ancestors:

You may be sure you’re a Macdonald and not a McDonald, and that your mother was a Thompson, not a Thomson, but as you go further back in time you will inevitably find your ancestors recorded under a whole host of spellings. Some of these are fairly simple variations but others require some lateral thinking. You might find your Thompsons records as Thomesoune in early records, or perhaps they were originally McCombies (a Gaelic surname often Anglicised as Thomson).

It’s not just surnames that can cause problems. Great Aunt Jessie’s birth may have been recorded as Janet, and your great-grandfather Peter may also have been known as Patrick.

Common names may be less likely to be spelled incorrectly than unusual ones but they can still cause difficulties for family historians. It may be hard to identify records of an ancestor among dozens of people with the same name and in a parish where one particular surname predominated there could easily be multiple couples with similar names, all having children baptised around the same time, making it difficult to know which family are yours.

You might expect that official records will provide accurate information about your ancestors but that isn’t always the case. It could simply be a clerical error or the result of an ancestor being less than honest (perhaps to conceal their true age or cover up an illegitimate birth). Even when there was no deliberate intent to deceive, a person providing information could easily become muddled or guess at details they were unsure of, especially at an emotional time such as registering the death of a relative.

QUICK LINK: Is your clan on this interactive map?

Even if a record provides accurate information about an ancestor, it may be impossible to find if it has been transcribed incorrectly. Damaged pages, poor handwriting and unfamiliarity with local names can all cause errors to appear in the indexes researchers rely on to locate records of their family. 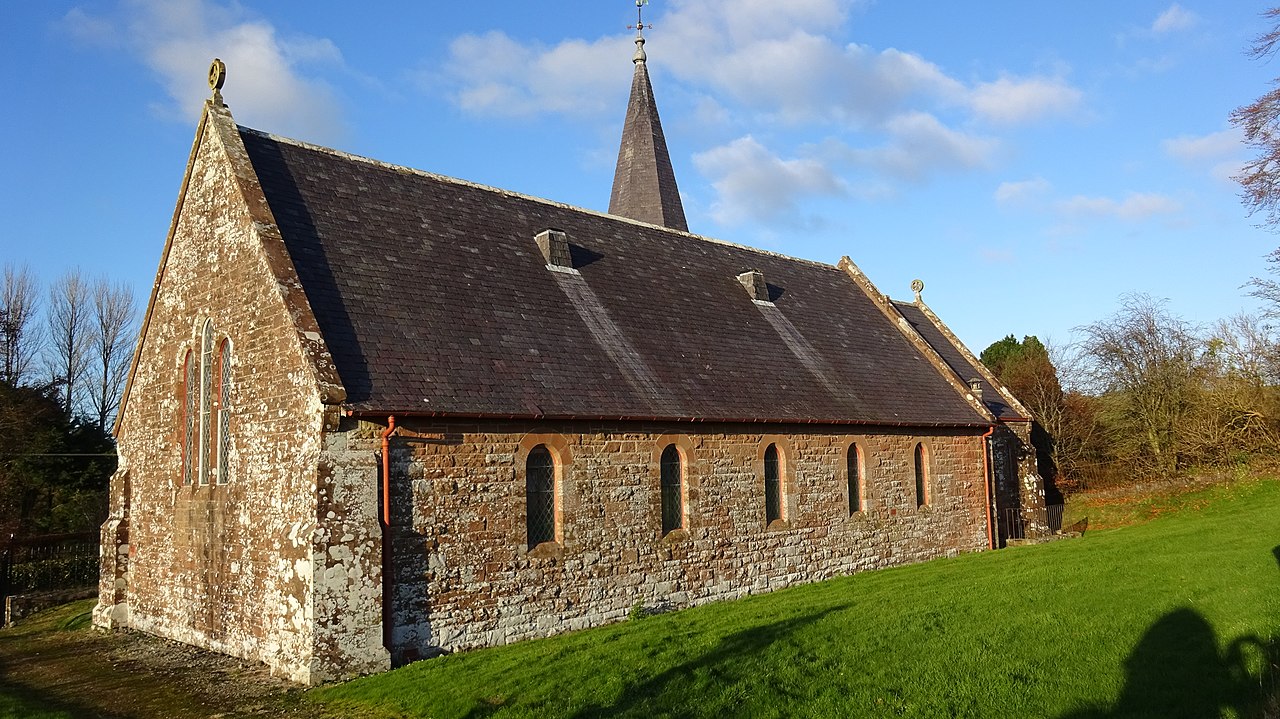 One of the main sources for tracing ancestors prior to 1855 are the parish registers of the Church of Scotland. The earliest of these begins in 1553 but some parishes only have surviving records starting in the early 1800s. If you can’t find an ancestor in online indexes, it’s worth checking what records exist for the parish where they lived.

Even when registers survive, they may contain large gaps, have been damaged, or simply not provide an accurate record of everyone living in the parish. For example, a stamp duty imposed on parish register entries in 1783 to 1794 led to an under-recording of events during this period.

Not everyone was a member of the Church of Scotland and one of the reasons a family may be missing from parish registers is because they attended a different religious congregation. There were a number of other Presbyterian churches which broke away from the Church of Scotland at different times (known as Secessionist churches), as well as other religious groups including Episcopalians, Catholics, Methodists, Baptists and Jews. Records from these other religious denominations were often less well kept than the parish registers but some are available online.

In the late 1850s around 9% of babies in Scotland were born outside of marriage so it is not surprising that many of us should uncover an illegitimate ancestor in our family tree. The most common problem this causes is identifying the father, who may not be named on a birth record, although tracing the mother can also sometimes be difficult if the child was brought up outside the family. 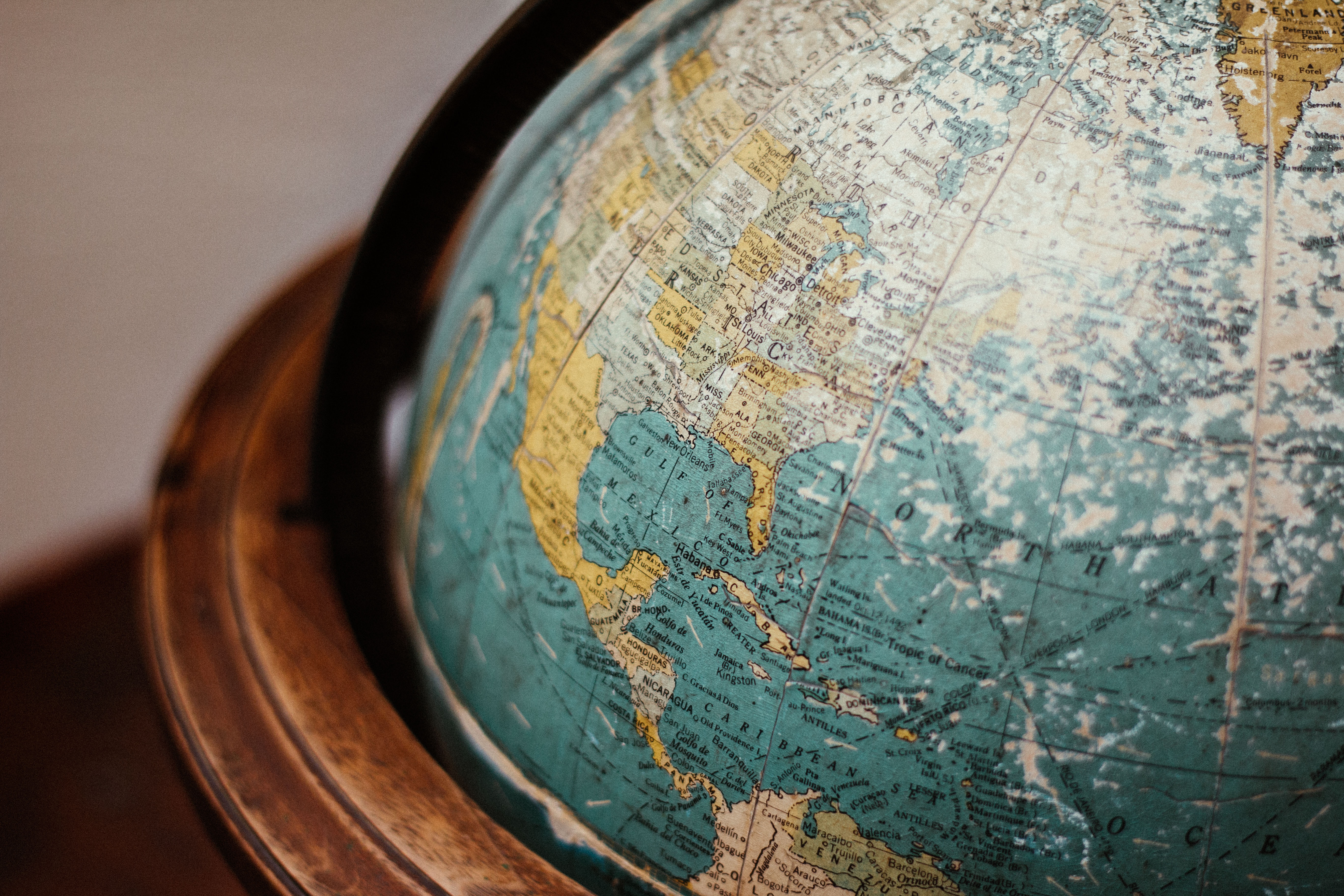 We tend to think people in the past lived in the same area all their lives but your ancestors may have been far more mobile than you expect. Clearances, which occurred in both the Highlands and Lowlands, forced people off agricultural land, while the growth of mining and manufacturing attracted them to the industrial towns of the central belt where work was plentiful.

Many Scots left for new lives overseas, while Irish, Italians, Lithuanians and others arrived here. These migrations severed links with home and family and can cause problems for family historians as records often don’t provide detailed information on places of origin.

Scotland has a wonderful collection of online resources for researching family history but there are many more records which are not available on the internet. The National Records of Scotland in Edinburgh and local archives throughout the country hold thousands of records which can help you trace your family history and learn more about your ancestors’ lives. These include records of local administration, including poor relief and health records, and the papers of landed families and their estates.

Sometimes the problem isn’t with the records themselves but with the way we approach them. Maybe you believe a story that’s been handed down through the family without checking all the facts. Perhaps you focus only on one county without considering that an ancestor could have come from elsewhere. Or maybe you search too narrow a date range for an ancestor’s birth without remembering that their age could have been recorded incorrectly later in life. All of these could prevent you from finding the record you are seeking.

These ten barriers to finding records of your Scottish ancestors can potentially be overcome, but it requires thinking creatively and often going beyond the basic online sources. An understanding of records and how to find them, a knowledge of good research technique and a logical approach to solving family history mysteries are all needed. My new book Finding Your Scottish Ancestors: Techniques for Solving Genealogy Problems discusses how to overcome these and other common issues in Scottish family history research and provides the tools researchers need to track down even the most elusive forebears. 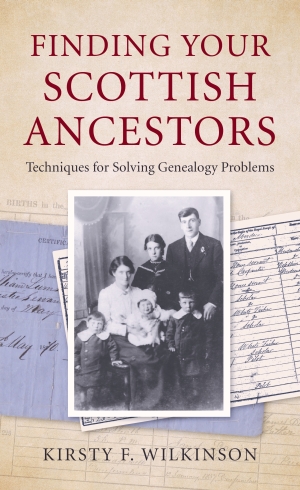 Kirsty F. Wilkinson is a professional genealogist with over 13 years experience in helping people to discover their Scottish family history. She is the author of Finding Your Scottish Ancestors: Techniques for Solving Genealogy Problems published by Robert Hale, an imprint of The Crowood Press (2020) and blogs about Scottish family history here. 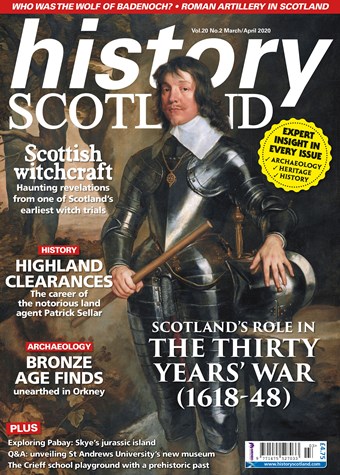