Alan Montgomery explores the history of the Antonine Wall and asks why this frontier is often seen as the ‘poor relation’ to Hadrian’s Wall. ...

Ask anyone to name the ancient British frontier which marked the most northerly point of the Roman empire, and the chances are that most will give the same (incorrect) answer – Hadrian’s Wall.

For while the impressive Roman wall which was established in 122 AD and runs right across the north of England between Carlisle and Newcastle is now world-famous, a symbol of Roman engineering and military prowess, Scotland’s Antonine Wall, built two decades later, remains largely unknown.

Despite being recently described by archaeologist and scholar David Breeze as 'the most complex and highly developed of all frontiers constructed by the Roman army', the Antonine Wall, which consisted of a huge ditch surmounted by a turf rampart and stretched for 39 miles between the firths of  Forth and Clyde, has long failed to capture the imagination of Scots. 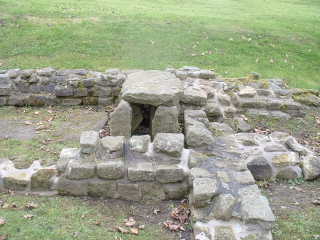 Indeed, during my research into the changing attitudes towards the history and remains of Roman Scotland, I have noticed a distinct disappointment in the monument throughout the ages, an attitude which has left it overlooked and forgotten, a poor relation to its celebrated Hadrianic predecessor.

The early medieval sources are generally scathing about the Antonine Wall.

Gildas, writing sometime around the mid sixth century, made vague mention of a turf wall built by not by the Romans, but by bungling, unskilled Britons trying to protect themselves from northern hoards as the Romans retreated from our islands – his description of the wall as not fit for purpose makes clear his attitude towards it effectiveness as a frontier.

In the early eighth century Bede repeated Gildas’ description of a rather feeble frontier, and gave geographical details which clearly identify it as our Scottish wall. The Historia Britonum, a Latin text attributed to the ninth-century monk Nennius, goes as far as to dismiss the Antonine Wall as ‘rusticus’, meaning unsophisticated or crude.

Scotland’s first great historian, John of Fordun, mentioned our wall in his fourteenth-century Scotichronicon. Written at a time when Scotland was constantly under threat from its English neighbours, Fordun’s work is proudly patriotic, and more interested in portraying Scottish greatness than recording accurate history. Fordun utilised the wall not as a symbol of Roman strength, by as evidence of the courage of ancient Scots, telling a tale of the mythical Gryme, who broke through it in his battle to rid the nation of foreign domination. 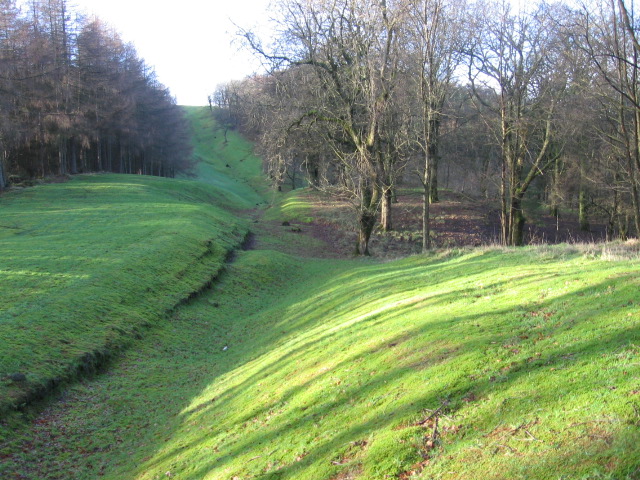 Course of the Antonine Wall at Barr Hill

In fact, the name Grym’s Dyke, or Graham’s Dyke, is one that was attached to the wall right up until the nineteenth century, long after such stories were revealed as nothing more than fantastical fantasies.

The eighteenth century was an age in which Britons were obsessed with all things Roman. Sophisticated gentlemen of this period were drawn to what natural philosopher and sometime antiquarian John Anderson described in a lecture given in Glasgow in the early 1770s as “the high idea which is commonly entertained of Roman greatness”. Just how successful the Romans had been at subduing the native Caledonians was hotly debated throughout the century, and while many ‘Romanist’ antiquarians were fascinated with the Antonine Wall, some were not so impressed.

In his lecture, which focused in particular on the Antonine Wall, John Anderson revealed himself as an admirer, but also suggested that it was “fashionable at present not only for antiquarians and other literary men to ridicule this wall, but even for soldiers and for those who have made lines of posts their particular study”. Some saw the wall as weak and inefficient, and suggested that the Caledonians could easily have got round it by crossing the firths at either end of the frontier.

Yet again we see evidence that the wall was something of a disappointment, not quite what would be expected of those esteemed Romans.

Much of the wall has been lost during the last 250 years due to the industrialisation of central Scotland. The construction of the Forth Clyde Canal took its toll, and nineteenth-century farmers and town planners had little interest in protecting its fragile remains.

Nowadays it is in safer hands, and has not only become a scheduled monument, but also a UNESCO World Heritage Site. Parts of it are still well preserved, in particular the stretches of the ditch at Watling Lodge and Seabegs Wood, the forts at Rough Castle and Bar Hill, and the military bath house at Bearsden.

It may lack the romantic situation and imposing masonry remains which have made Hadrian’s Wall such an iconic monument, but the Antonine Wall is still something to treasure, and deserves more attention from Scots and tourists alike. With an ambitious management plan now in place to increase its profile, perhaps things are about to change, and the Antonine Wall will be the ‘forgotten Roman frontier’ no more. After centuries of criticism and disdain, not to mention neglect and destruction, I would suggest that such a reappraisal is long overdue!

Enjoy a whole year of History Scotland magazine for just £20 with our 20th anniversary offer. Click here to claim this offer.

Alan Montgomery is the author of the Visit Roman Britain blog and also has a twitter feed @_RomanBritain. He is currently studying for a PhD on the reception of Roman Scotland at Birkbeck, University of London.