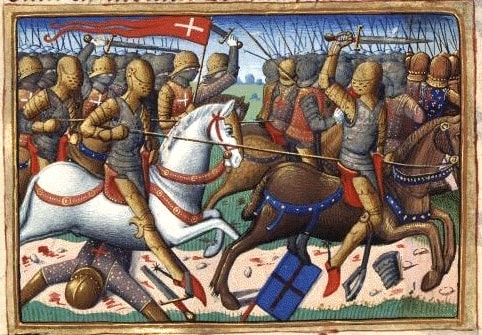 Scotland suffered heavy losses at the Battle of Verneuil on 17 August 1424, part of the Hundred Years' War. More than 4,000 Scottish soldiers were killed in the fighting, where French and Scots were pitched against the forces of England's King Henry VI. The Scottish/French defeat came after five years of largely successful military campaigns, which saw Scottish troops established as an individual unit within the French army.

The bloody battle was later described as a 'second Agincourt' and Scotland's future military prospects were damaged by the deaths in battle of two leaders - the Earl of Douglas and the Earl of Buchan. The defeat saw an end to Scotland's participation as a nation in the Hundred Years' War, although individual mercenaries stayed on to fight alongside the French.