The history and legend of the Saltire The history of the Saltire flag

The St Andrew’s Cross or saltire is Scotland’s national flag. Tradition has it that the flag, the white saltire on a blue blackground, the oldest flag in the Commonwealth and Europe, originated in a battle fought in East Lothian in the Dark Ages.

It is believed that the battle took place in the year 832AD. An army of Picts under Angus mac Fergus, high king of Alba, and aided by a contigent of Scots led by Eochaidh, king of Dalriada (Kenneth mac Aplin’s grandfather) had been on a punitive raid into Lothan (then and for long afterwards Northumbrian territory) and were being pursued by a larger force of Angles and Saxons under one Athelstan.

The Albannach/Scots were first caught by their purusers in the area of Markle, near East Linton. This is just to the east of the modern village of Athelstaneford (which was re-sited on higher ground in the 18th century) where the Peffer Burn which flows into the Firth of Forth at Aberlady forms a wide vale.

Being then wholly undrained the Peffer presented a major obstacle to crossing and the two armies eventually came together at the ford near the present-day farm of Prora. One of the field names there is marked on the earliest OS maps as the Bloody Lands.

A Saltire in the sky

Fearing the outcome of the encounter, King Angus led prayers for deliverance and was rewarded by the dramatic appearance overhead of a white saltire (the diagonal cross on which St Andrew had been martyred) against a blue sky. The king vowed that if, with the saint’s help, he gained victory, then Andrew would thereafter be the patron saint of Scotland. The Scots did win and in due course, the Saltire became the flag of Scotland.

When Kenneth mac Alpin, who may have been present with his grandfather at the battle, later united Picts and Scots and named the entity Scotland, Andrew did indeed become the patron saint of the united realm. Kenneth mac Alpin, King of Scots and Picts, Ard-righ Albainn, was laid to rest on Iona in 860AD. 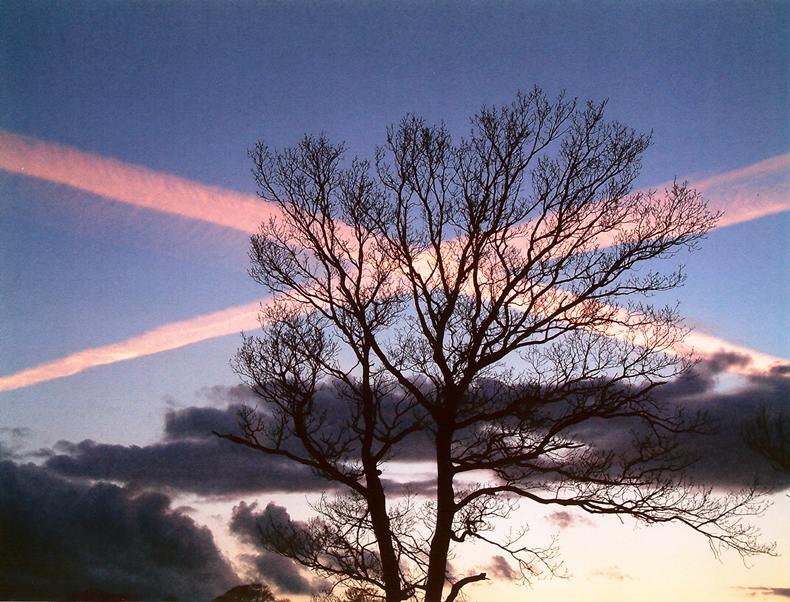 The history of the Saltire

A white cross against a blue sky may have been seen above the Battle of Athelstaneford in 832AD but it wasn’t until centuries later that the Saltire began to appear as a flag or banner.

In 1385, as the Scots made preparation to invade England, the Scottish parliament decreed that ‘every man shall have a sign before and behind, namely a white St Andrew’s Cross, and if his coat is white he shall bear the same white cross on a piece of black cloth’.

In 1388 the Douglas standard, said to have been carried at the Battle of Otterburn, included a white saltire on a sage green background.

Early appearances of the Saltire

One of the earliest appearances of a white saltire on a blue field was as part of an elaborate banner, the Blue Blanket, given in 1482 by James III to the incorporated trades of Edinburgh, and said to have been carried as a battle flag at the Battle of Flodden.

By the 16th century the saltire was firmly established as the national flag, especially at sea. For instance in 1511, the Great Michael, the largest warship of its day, built for James IV, carried the St Andrews Cross prominently. In 1672 when the public register of Arms was set up, the St Andrew’s Cross was recorded as the badge of Scotland, and many seaport arms show ships flying it.

After the Act of Union, the use of the St Andrew’s Cross declined, though it has been proudly worn as a badge by many of the great Scottish regiments, such as:

Note that a yellow or gold saltire on a blue field was used during the Jacobite risings of 1715 and 1745. 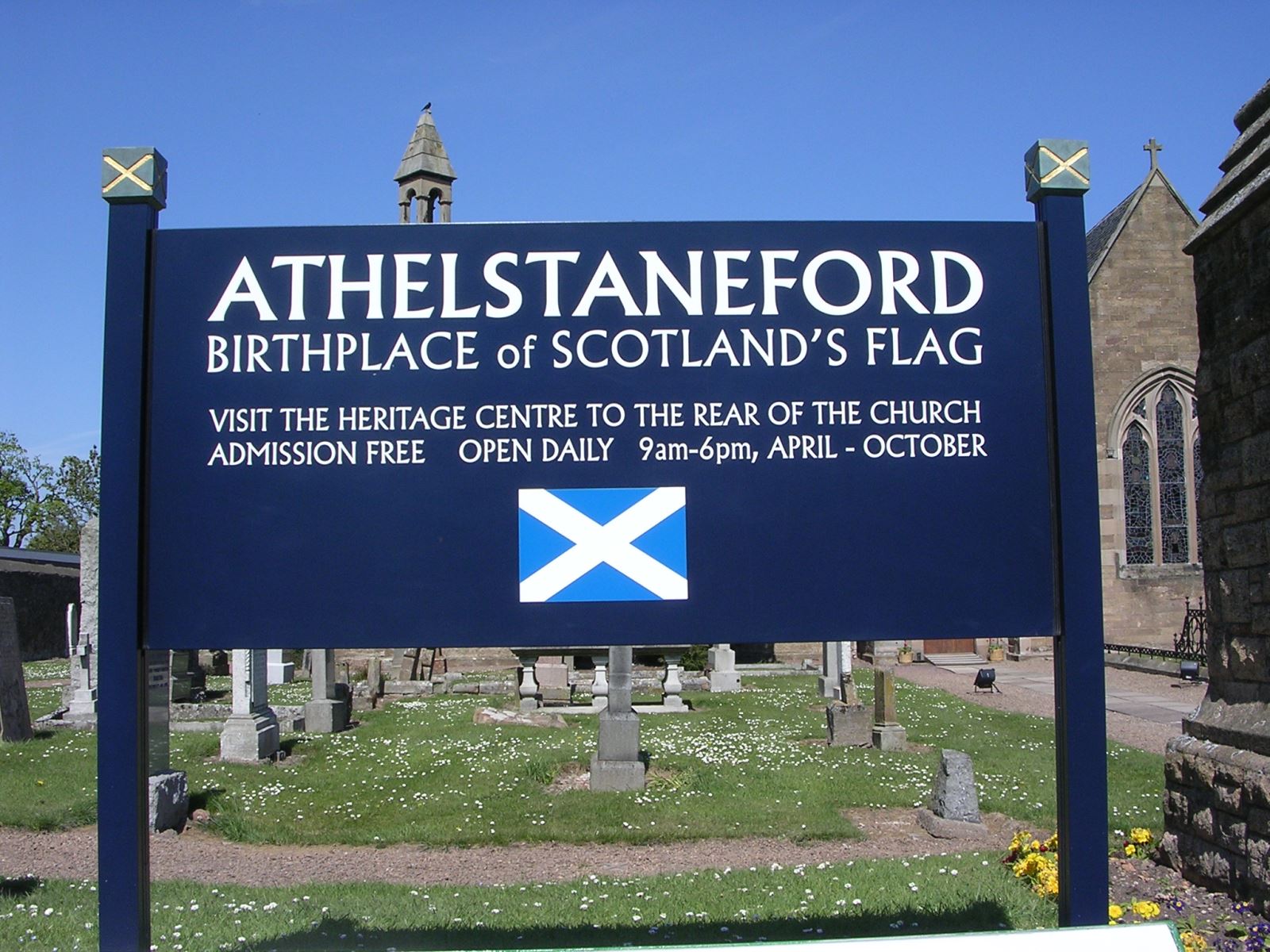 The 20th century saw a major resugrance in the use of the Saltire, and it has regained its status as the legally-established national flag of Scotland. It is now widely flown on public buildings, it is used by teams in international competitions, it is found on corporate logos such as by the Scottish Ambulance Service, and it appears today in 2nd class definitive Scottish stamps.

Article provided by the Scottish Flag Trust, a registered Scottish charity (no. SCO 002778). The Trust is responsible for the maintenance and promotion of the Heritage Centre and Saltire Memorial in Athelstaneford, birthplace of Scotland’s flag.

The Flag Heritage Centre explores the history of Scotland’s flag and visitors can enjoy a short audio-visual dramatization, available in seven languages, at the touch of a button, of the traditional origins of the flag.

The centre is open daily between 9am and 6pm from 1 April to 31 October and on St Andrew’s Day (30 November). Admission is free.