Up until the time of the Reformation, a part of St Giles himself reportedly lived in the cathedral: his arm bone, brought back from France before 1454 by Sir William Preston of Gorton (who was described as 'deceased' in a 1454-55 charter). Relics were important in the Middle Ages because relics attracted people and more people meant more money. But the bone disappeared during the plunders of the Reformation and today its location is a mystery.

MORE: Where is John Knox buried?

The Preston aisle was built around 1460 to house the relic and though that particular treasure is gone for good, there are some other interesting ancient artefacts here, including a knight’s grave marker from around 1200, a 15th-century headstone and one of the earliest stone carvings of the Edinburgh arms, probably also from the 15th century.

The oldest aisle and a guilty secret…

The Albany aisle in the north-west corner is one of the oldest aisles in the building, dating from the early 1400s. The story behind its original creation is not fully known but there are a number of theories. It’s known to take its name from the Duke of Albany, a brother to King Robert III and great-grandson of Robert the Bruce. An influential member of a powerful dynasty, he took a special interest in the church of St Giles.

His brother the king was a weak ruler and a frail man and his son David was appointed as lieutenant of the kingdom, under the guidance of the duke. But David was headstrong and failed to follow advice, so Albany imprisoned him. David died at Albany’s Palace and while suspicion fell on the duke, he was never found guilty of the death. But many believed the Albany aisle was built out of remorse for the crime.

St Giles Cathedral and the dogs

So much for royalty and the nobility, what about the dogs? This tradition stretches back to the time of St Giles Cathedral’s most famous minister, John Knox. Ordained a Catholic priest in the 16th century, he converted to Protestantism after meeting George Wishart, an early Protestant reformer, around 1544.

It was a dangerous time to speak out against Catholicism. Wishart was burned at the stake for heresy in 1546 and Knox was taken prisoner and put in a French slave-galley. After rowing for nineteen months, he was set free in France and travelled to the north of England, which was safe for him now that King Henry VIII had cut ties with Rome. But when Queen Mary came to the throne, she restored Catholicism and so Knox was forced out again, going to Europe and teaching in Geneva and Frankfurt.

But by 1559, the reformed faith was becoming increasingly popular in Scotland, and Knox was able to return to his home country. He became the leading preacher in the Reformation and a week after preaching in St Giles’ for the first time, he was elected minister, staying in the office for thirteen years. Scotland became officially Protestant as parliament passed acts to abolish papal authority and reform the Scottish church in 1560.

And the dogs? John Knox had a very good friend called John Craig. Travelling on the continent, Craig became very ill and was close to death. His life was saved by a dog, though there is some confusion as to how exactly. But the outcome was that Craig made it back to Scotland, told the story to John Knox who promptly allowed dogs the freedom of the church, and today they are still welcome within the cathedral. You can visit the site of John Knox’s grave in the very inauspicious surroundings of the car park outside. It’s not known exactly where he is buried but a plaque on the ground beside bay 23 marks the approximate place.

With thanks to David Latham for extra information on the date of death of William Preston. 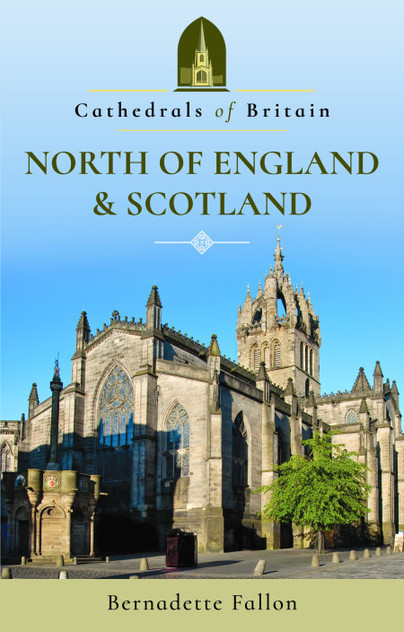 By Bernadette Fallon. Bernadette is the author of Cathedrals of Britain: North of England and Scotland, published by Pen and Sword at £12.99. Inside the book you will solve the mystery recently uncovered in a mass grave in the country’s oldest cathedral. Find a link to one of the UK’s most famous retailers in an 11th century building. Enter inside the grand Scottish cathedral built in tribute to a 7th century Greek hermit. And go underground to discover a Saxon crypt, dating from the mid 600s.