Two remarkable collections of important Scottish historic artefacts fetched a total of £3.8 million at a Sotheby's auction in London.

Two remarkable collections of important Scottish historic artefacts fetched a total of £3.8 million at a Sotheby's auction in London.

Two Great Scottish Collections attracted interest from around the UK and overseas, with over 1,000 participants driving the sale total on 28 March to £3,799,077 ($4,768,981), over three times the pre-sale estimate (£1.2 – 1.76 million), with successful bids fielded from eight institutions.

Over the centuries, Fettercairn House in Kincardineshire became a depository for treasures passed down through generations of Forbeses, from the 4th Lord Forbes of Pitsligo, one of Scotland’s most heroic figures, fêted for his participation in the Jacobite risings of 1715 and 1745, to his descendants, Sir William Forbes, 6th Baronet (1739-1806) and his eldest son, Sir William Forbes, 7th Baronet (1773-1828), sons of the Scottish Enlightenment. 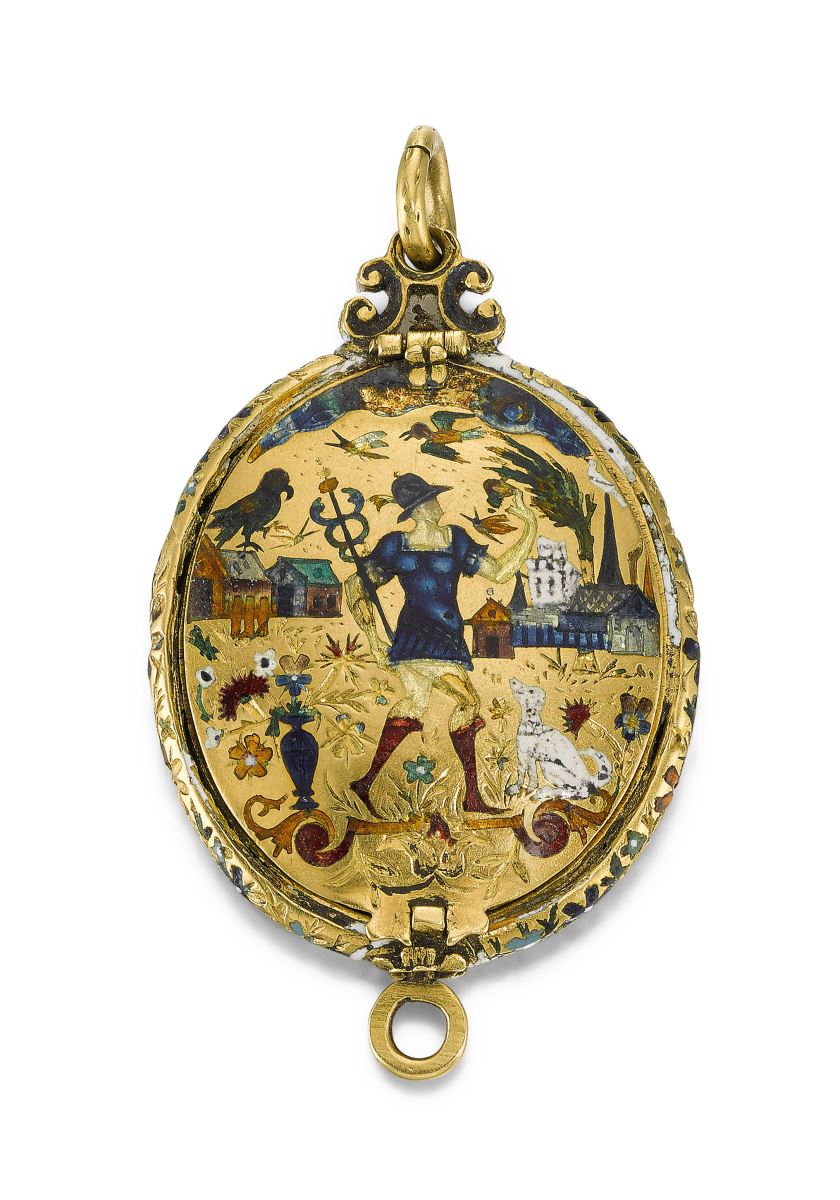 The star of the sale was the Fettercairn Jewel – a 16th century virtuoso enamelled gold pendant set with an almandine garnet on the back – which was acquired by National Museums Scotland. This unique piece of Scottish history sparked a battle between bidders on the telephones and in the saleroom, driving the final price to £236,750, a figure far exceeding the pre-sale estimate of £30,000-50,000.

The emergence onto the market of the Fettercairn Jewel (pictured left), discovered last year in the library at Fettercairn House, represents an important rediscovery for the history of Scottish Renaissance jewellery. The craftsmanship of this particular piece is at a level seldom seen in Renaissance jewellery, and the reverse panel is directly comparable to the celebrated Darnley or Lennox Jewel in the Royal Collection.

David Macdonald, Sotheby’s Specialist in charge of the sale, commented: “Though both collections recently made the journey from Scotland to London for the auction, it’s lovely to think that many of the items will make the journey back home again, especially the Fettercairn Jewel. The response from private collectors, not only Scottish but from all over the world, has been extraordinary, and the fact that a number of institutions were able to secure works was a fitting conclusion to what has been a unique celebration of all things Scottish.”

Among the highlights of the sale were: