A team at the University of Warwick has developed a pair of freely available card games exploring the Scottish witch hunts, in support of charity.

Witch Hunt 1649 asks players to take on the roles of neighbours in an East Lothian community. Dr Martha McGill, British Academy Postdoctoral Fellow in History and leader of project, explains: “The games aim to be sensitive and non-sensationalised, promoting understanding of the historical backdrop of the witch trials and empathy for their victims. While we wanted the games to be fun, we also wanted them to encourage serious reflection. Stepping into the shoes of fictionalised historical figures is a memorable learning device, encouraging deeper consideration of the life circumstances, agency and motivations of past actors.”

The games are set in 1649. The 1640s was a decade of political turmoil, as England, Scotland and Ireland became embroiled in the Wars of the Three Kingdoms. There was also a resurgence of plague; in 1645, half of Edinburgh’s population may have died. Then there were frequent bouts of bad weather and periods of famine in parts of the country.

For some Scots, these hardships were signs of God’s anger. The radical Kirk Party, which took control of Scotland after the execution of Charles I in January 1649, set out to purge Scottish society of sinful elements. A slew of parliamentary acts combatted drunkenness, swearing, blasphemy and sexual misdemeanours.

Witchcraft had been criminalised in an act of 1563, but in February 1649 the act was expanded to target ‘whatsoever persone or persons shall consult with devillis or familiar spirits’. 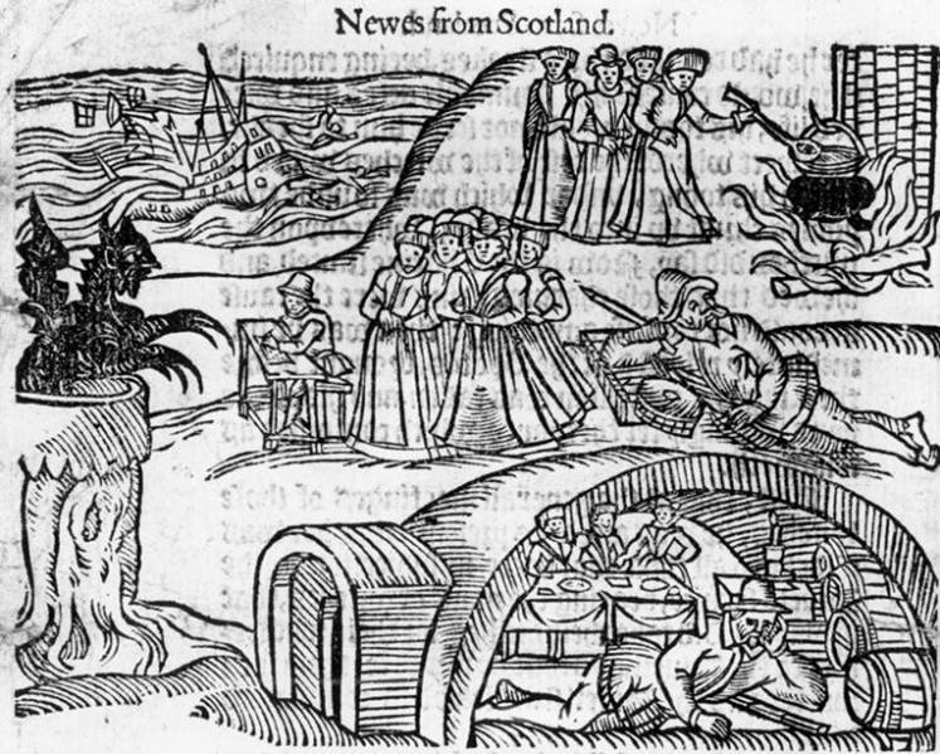 From 1649 to 1650, around 800 people may have been accused of witchcraft. The Lothians saw particularly high prosecution rates. Trials typically took place locally, rather than at the central court in Edinburgh, which meant that the accused parties rarely had legal representation and conviction rates were high. The usual punishment was execution.

Most victims of the Scottish witch hunts were women; the Survey of Scottish Witchcraft’s analysis of more than 3,000 cases found that 84% of those accused were female and 15% male (sex was unknown in 1% of cases). The factors driving witch hunting were complex. Fear of Satan’s influence over humankind, and the urge to enforce godly standards of behaviour, drove the educated authorities to prosecute witches. However, accusations typically grew out of quarrels between neighbours, with the typical target being a woman of middling age and social status who had a reputation for being argumentative. 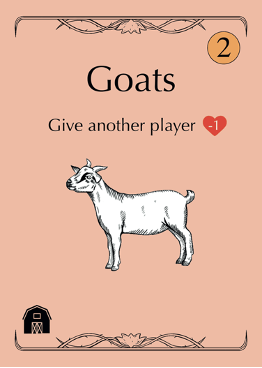 The Dregs of Days (2-7 players; lead designer Martha McGill) looks at the day-to-day challenges that caused conflict or hardship in Scottish communities, as well as offering insight into the nature of witchcraft accusations. Players are typically allied in pairs, and build up their holdings by buying assets. Fate cards require players to navigate difficult situations, and assets can be used defensively or to attack other players. As community tensions mount, witch trials are triggered, compelling players to defend themselves against damning allegations – perhaps about inflicting magical harm on neighbours or urinating in drinking barrels; perhaps about shapeshifting or attending midnight feasts with Satan. Optional Story cards offer additional historical context, and cards include illuminating quotations from historical records. Gameplay is straightforward, with games lasting about 10 minutes per player. 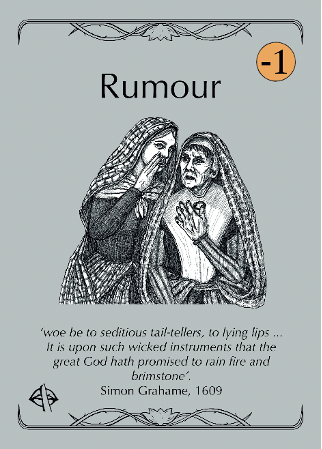 Lying Lips (3-6 or 8 players; lead designer Emmay Deville) draws inspiration from the importance of rumour and slander in the witch hunts. In the first phase of the game, players trade assets while gossip about witchcraft spreads around the village, represented by the Rumour card. Holding on to this card allows players to try and control the narratives to seize victory, but it’s a risky strategy. The second phase of the game features a witch trial, in which players take on roles and the commissioner and jurors attempt to identify the scandal-mongerer. Optionally, this phase can be played as a full role-play of a witch trial. Most games of Lying Lips last about 5 minutes per player.

The games can be played with family or friends, or used in university or school classrooms (suitable for ages 14+). They can be downloaded for free and printed at home or played online in a group. Alternatively, professionally printed versions are available for purchase. All proceeds go to charity; currently sales are supporting the Coventry Rape and Sexual Abuse Centre, in recognition of its work combatting (often gender-based) violence. 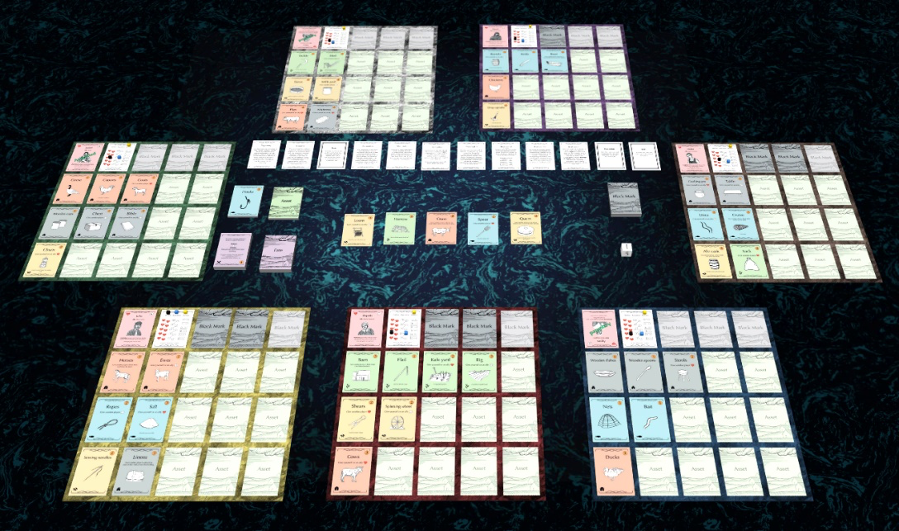 Development and printing of the games was funded by the University of Warwick. The team is also grateful for the input of its historical consultants, playtesters and logistical supporters, credited here. The project was inspired by Virtus, a card game about medieval masculinity made by Professor Frank Klaassen and students at the University of Saskatchawen.