A meal that changed the course of history? Make the mussel brose Bonnie Prince Charlie ate on the eve of Culloden A meal that changed the course of history? Make the mussel brose Bonnie Prince Charlie ate on the eve of Culloden Images

On the eve of Culloden, 14 April 1746, at a lavish dinner for his officers in Culloden House, Bonnie Prince Charlie had toasted his loyal commanders in Bordeaux wine as they talked of their coming victory. They feasted on lamb, cheese and cream crowdie while the prince boasted that his very presence would strike fear into the hearts of the English soldiers.

The Jacobite rising of ’45 would soon achieve its goal with a decisive military victory and his father, James Francis Edward Stuart, son of James VII and II, would be named King of Scotland, England and Ireland.

Yet while the prince and his lords feasted, his foot soldiers starved. Their dinner was very different indeed, and unknown to the laughing, drinking prince he was presiding over the final Jacobite banquet on British soil. He could barely have imagined the horrors that would engulf his army and change Scotland forever on Drummossie Moor within the ensuing 48 hours. History was quietly being written during that meal and soon this charismatic champion of a cause, this man who would have been king, would be a failure on the run.

Bonnie Prince Charlie on the eve of Culloden

Use a large pan with a tight-fitting lid. Melt the butter. Soften the onion, celery, bay, thyme and garlic in the hot butter. Pour in the wine and bring to the boil. Add the mussels, pop on the lid; keep on full heat. Cook until the mussels have all opened.

Pour into a colander over a bowl as you want to keep all the stock the mussels have given up. Take the meat out of all the shells and keep aside. Strain the stock through a sieve and keep to one side.

FOR THE BROSE BASE

Melt the butter on medium heat in the washed-out mussel-cooking pan. Stir in the flour and cook for 2–4 minutes. Take the pan off the heat and gradually stir in the mussel stock to get a smooth soup. Return to the heat and stirring all the time, bring to the boil. Simmer gently for 8–10 minutes and season with salt and white pepper. Add oatmeal and chopped onions, stir and simmer for a further 10–15 minutes. Add the milk and cream and bring to the boil, season, stir in the mussels and parsley. Take off the heat and add mussels. Serve and garnish with spring onions. 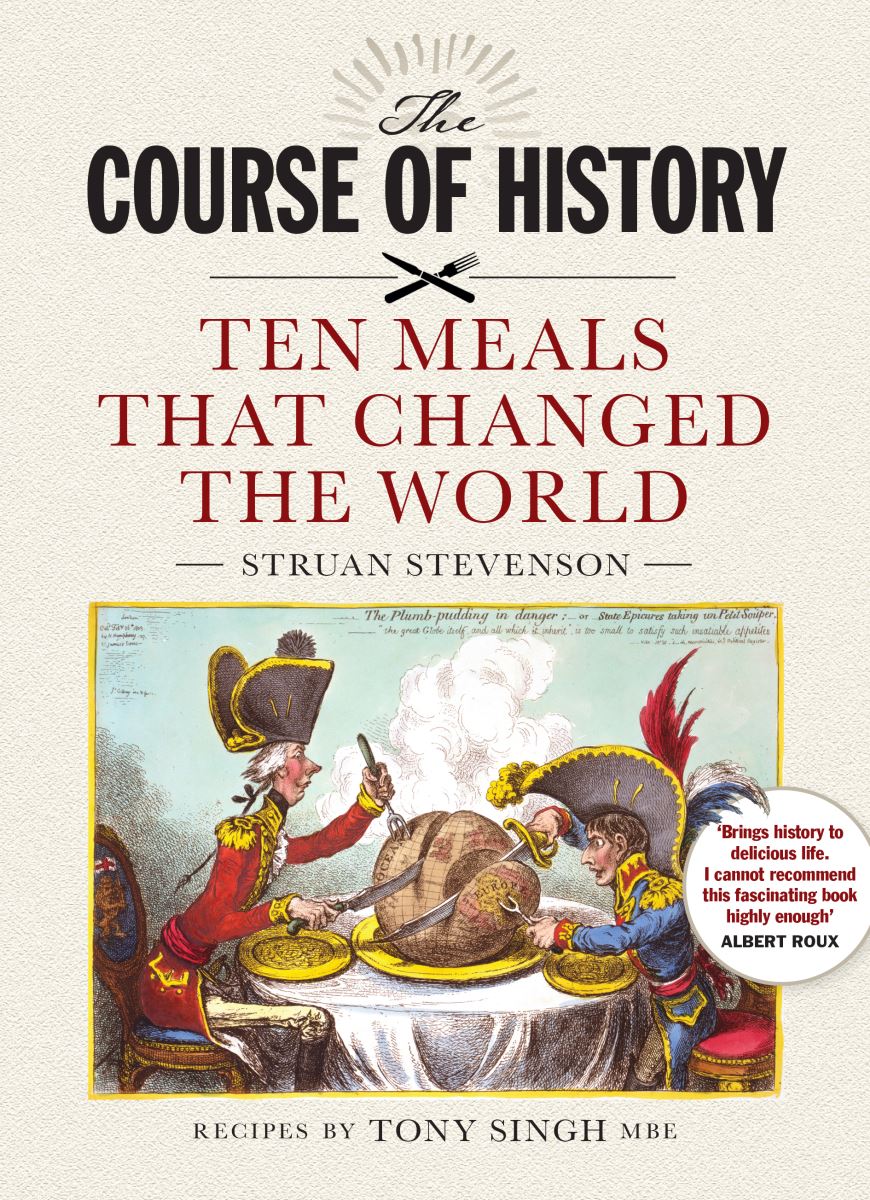 Extract taken from The Course of History: Ten Meals That Changed the World, by Struan Stevenson with recipes by Tony Singh MBE. Published by Birlinn at £16.99. Many decisions which have had enormous historical consequences have been made over the dinner table, and have been accompanied (and perhaps influenced) by copious amounts of food and wine.

In this book Struan Stevenson brings to life ten such moments, exploring the personalities, the issues and of course the food which helped shape the course of history. Accompanying Struan's analysis are recipes for the historic menus, researched and recreated by acclaimed chef Tony Singh.